We are sharing today a beautiful elegant wedding in Cyprus; neutrals colors such as ivory were used for the decoration along with gold touches! The beautiful bride looked stunning in her chic Nicole Spose wedding dress! 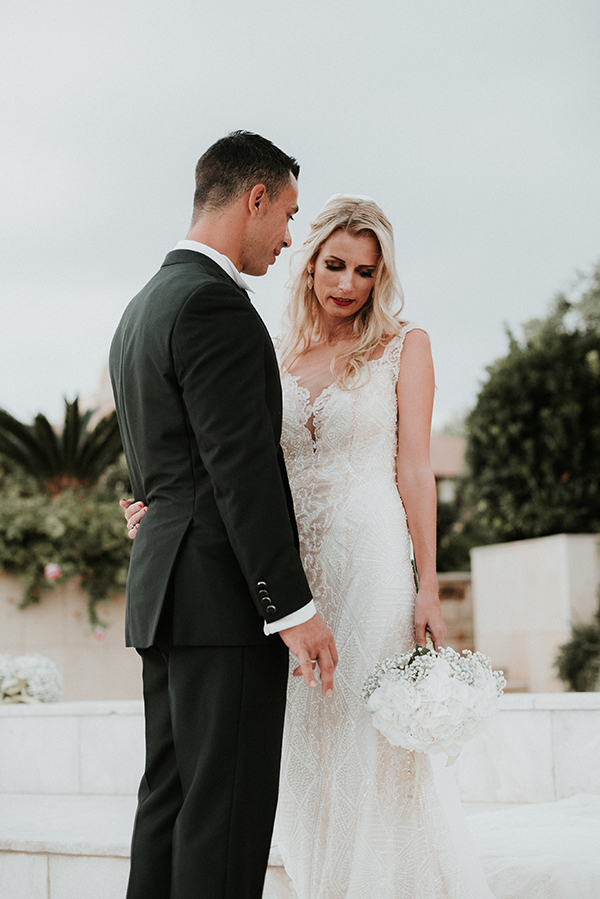 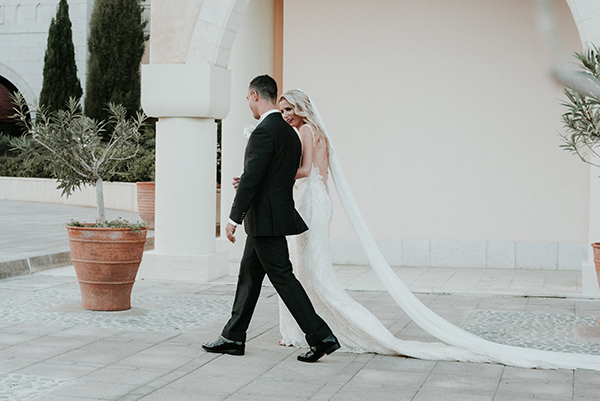 “Our wedding was on 27th August and took place at Elysium Hotel in Paphos”, the bride shared with us. 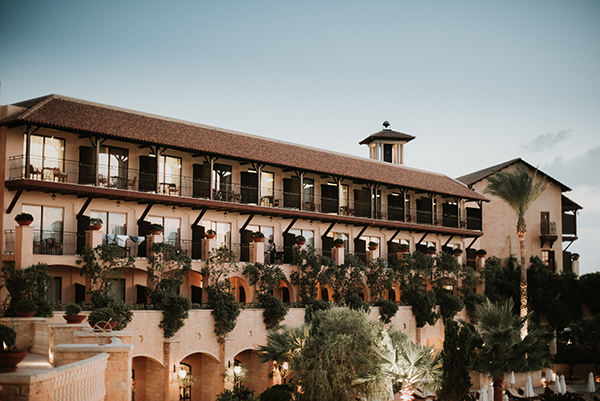 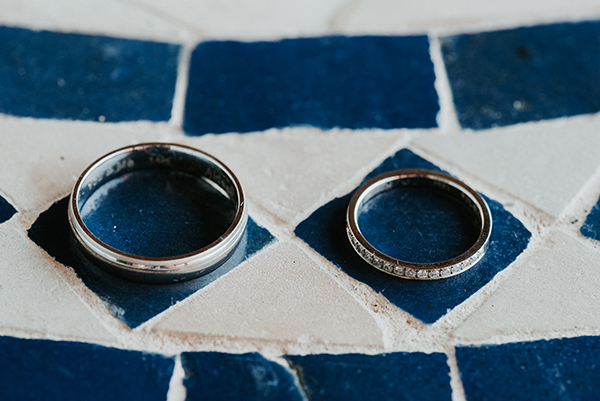 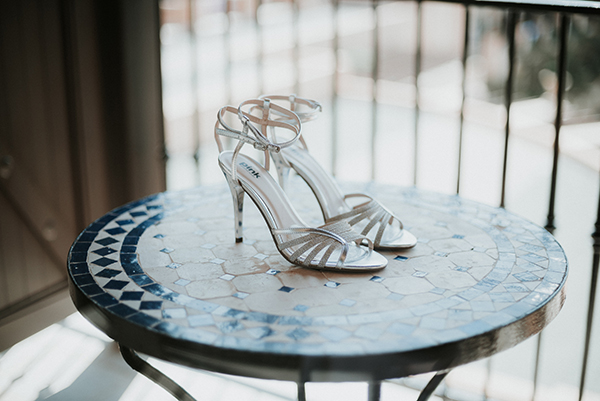 “Two weeks before I was due to relocate from Cyprus in the Mediterranean for a new life in Nashville, USA, I met my husband; a South African born handsome, shy guy from a Greek Orthodox family. Needless to say I decided to stay on the Island of love and this is where we also chose to have our wedding last August. Combining my Irish culture with the Greek way was no easy task but together family and friends found a way to celebrate with us whether it was to the beat of Zeibekiko or the free spirited Irish jig.” 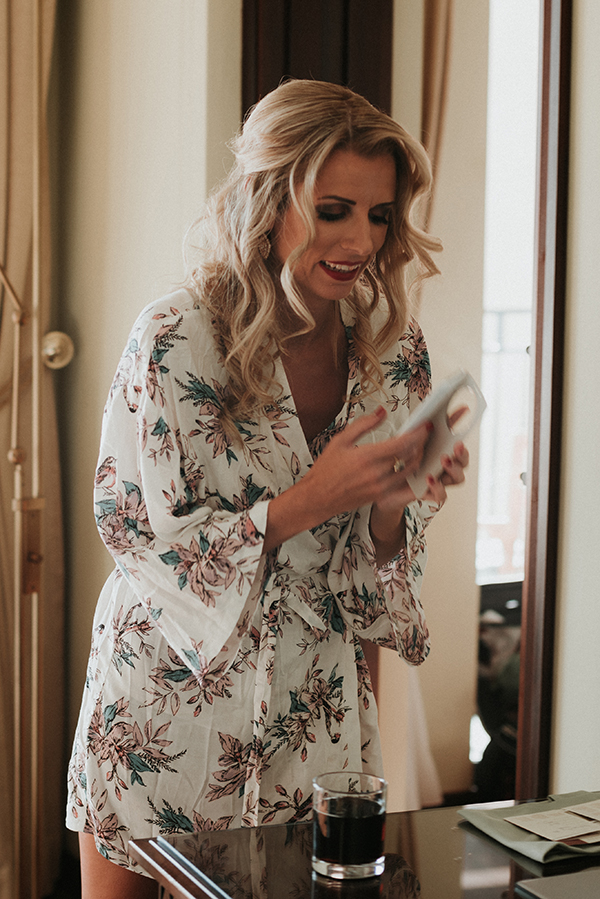 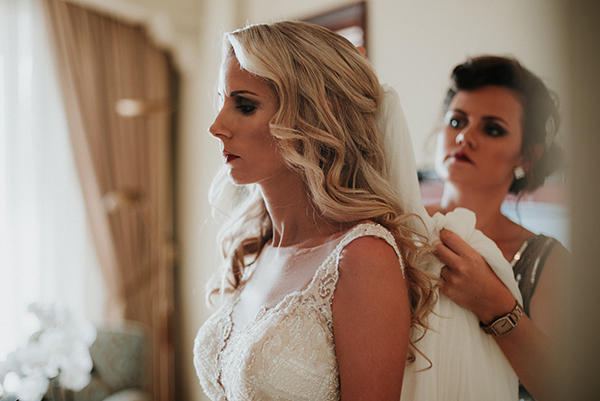 “Most of the wedding planning I did solo, I have worked in events for many years and perhaps I am too much of a control freak to let others get too involved. The wedding planner, Liza, at our 5 star beach venue, The Elysium, was also a star and big support. My sisters, family and friends did give me advice via Skype or their vote on certain things and my local family and friends in Cyprus helped if I asked. They also made a fuss of me during my ‘Kitchen Tea’ which is basically a tea party where you receive kitchen gifts for your new home and also at my bachelorette which was a very sophisticated afternoon tea in the mountains with an Audrey Hepburn theme.” 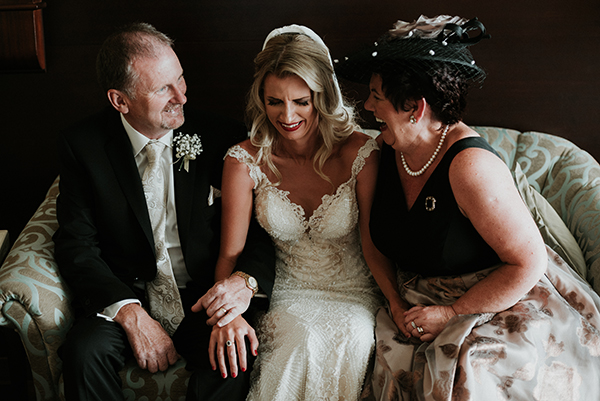 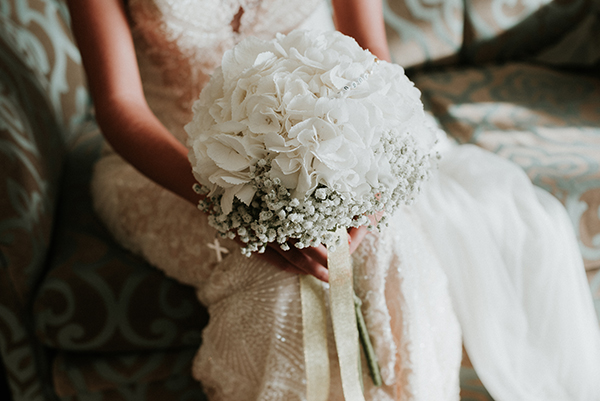 “Three things drove the theme of our wedding; mixing both cultures fairly, extreme attention to detail, classic, sophisticated colors of gold and neutrals, my favorites…Gold petals for the carpet aisle, white bouquets, soft gold ties for the groomsmen…” 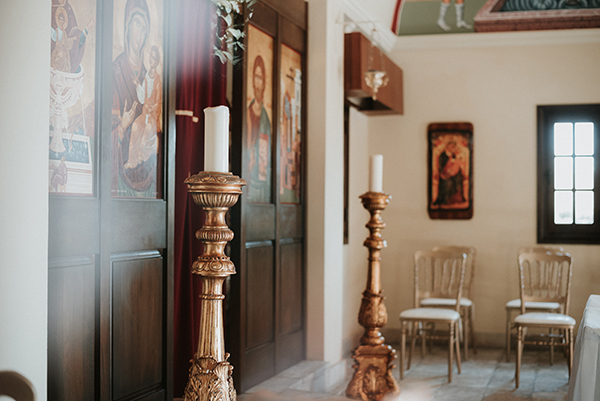 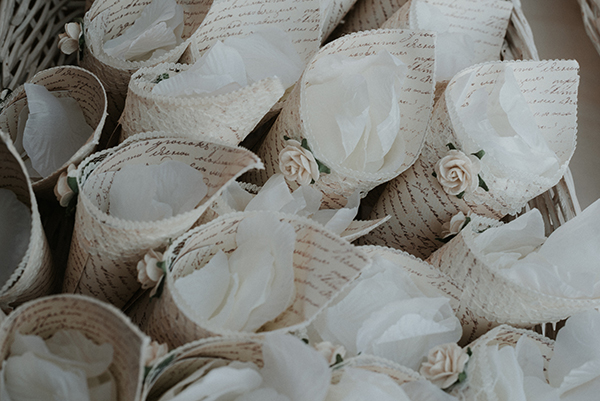 “In mixing both cultures, we had an orthodox service that was performed in both Greek & English. The priest also allowed for some Catholic touches to be added eg. A reading from a close friend, marriage candles upon entering the church etc. We had Greek violin players at the ‘shave’ of the groom, an Irish harp played at the church, a South American band played at the cocktail (as I adore this music) and a DJ who played Greek, Irish and English to dance away the night with. I also had the Irish Claddagh symbol placed on the cake alongside the South African symbol. It was a lot of cultures to merge together in a sophisticated way but I believe we pulled it off.” 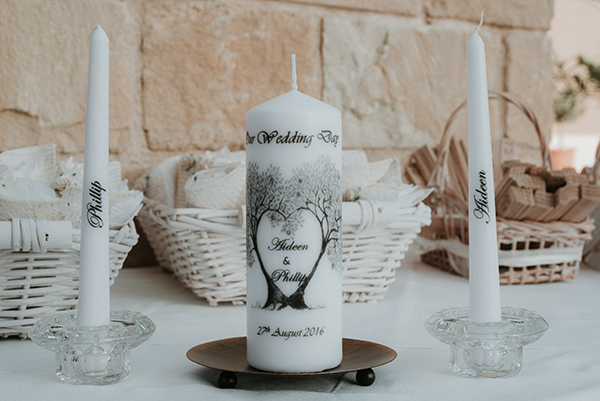 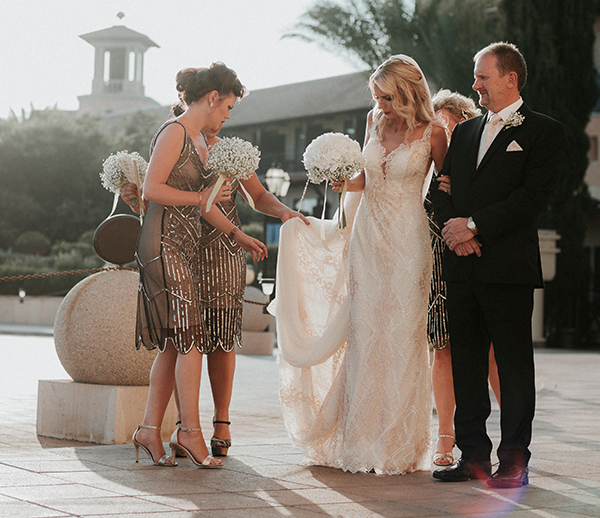 “My wedding gown arrived from the UK a few weeks before our wedding and sadly it would not zip up at all despite the fact I had lost weight, it also only came to above my ankles when really it was supposed to be a full length A-line gown. After a few tears and glasses of champagne later, given to me by a supportive friend, I decided a new gown would have to be found. The following day, I visited the bridal boutique, Gala Montenapoleone, tried on only one dress and like magic it was the one. An ivory embellished beauty designed by Italian designer Nicole Spose.” 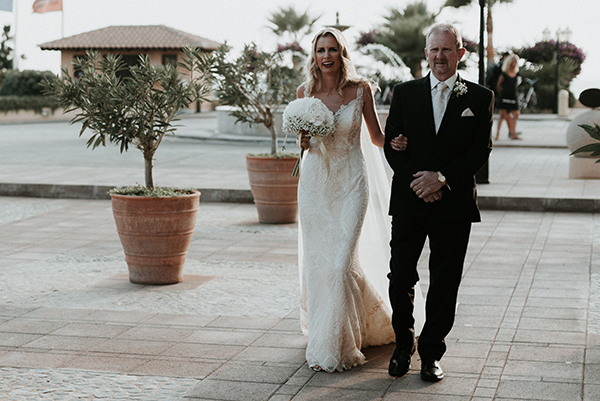 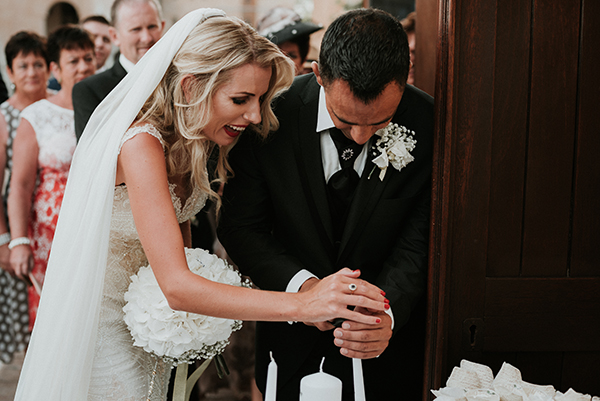 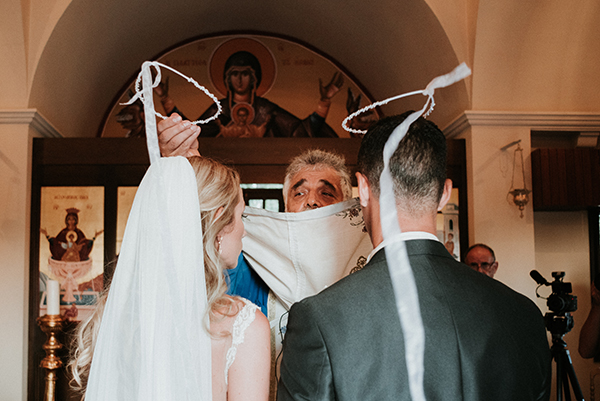 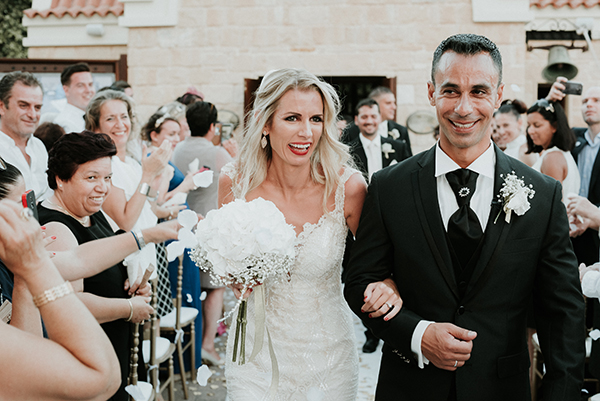 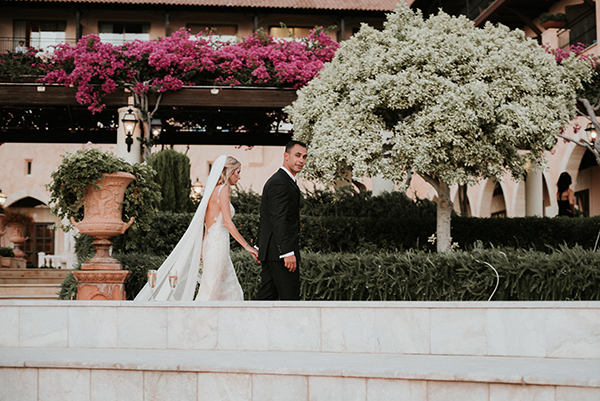 “We made sure that our dessert table was to die for, who can’t you win over with dessert? I had a cardboard cutout created of my brother, who couldn’t be there on the actual day. We ensured the bathrooms also had special touches…perfume for the ladies, band aids for sore feet… After midnight, white roses where also displayed in buckets by the entrance ensuring every lady received a goodnight rose from her partner or friend. I also wrote a poem for my mum and dad and had the words embroidered on to two cloth tissues. Since we had guests from so many cultures, the table plan was a world map and every table was a different country.” 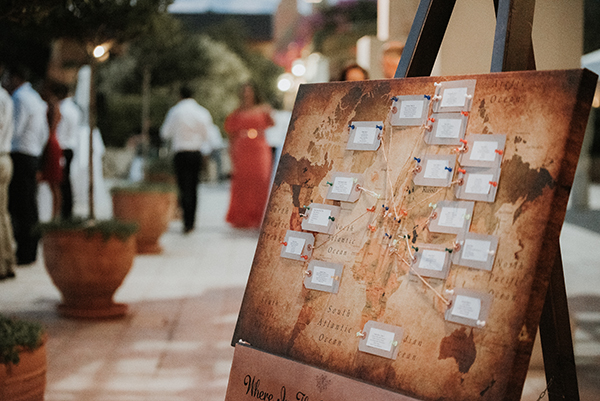 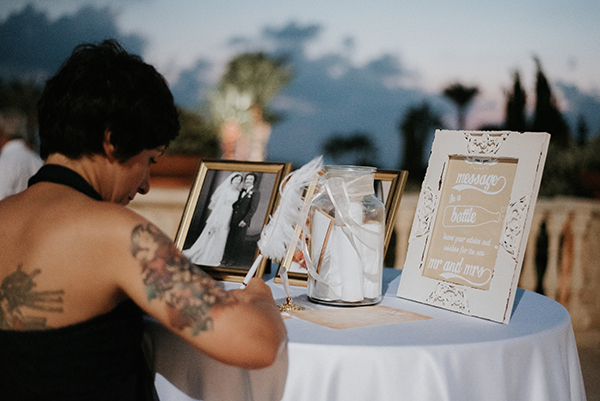 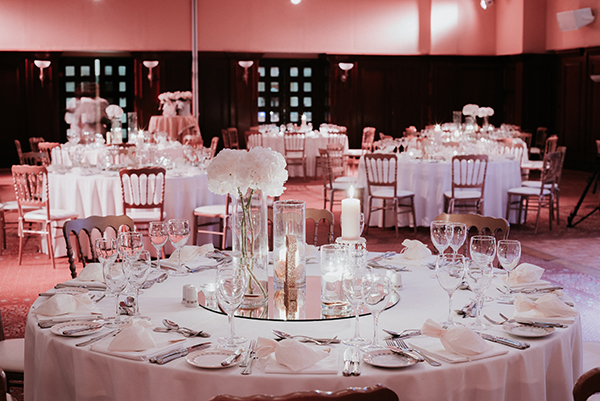 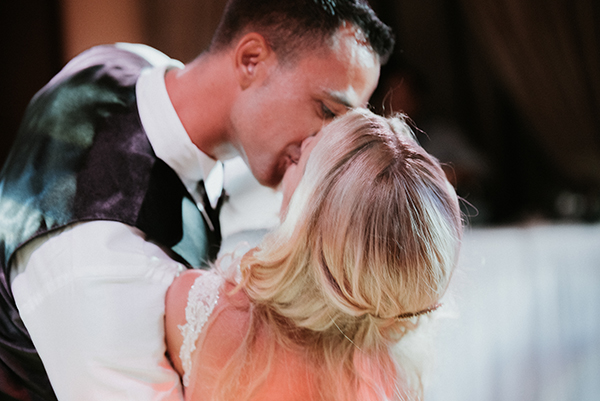