Lacey and Josh decided to seal their love in a place next to the beach, so Greece was one of the best choices! They both wanted something minimal and chic, so they decorated their wedding with black and white hues, white fresh flowers and fairy lights. A white arch overlooking the sea, where the couple exchanged vows added the essential touch of romance… Enjoy every single moment through the following images by Yorgos Fasoulis! 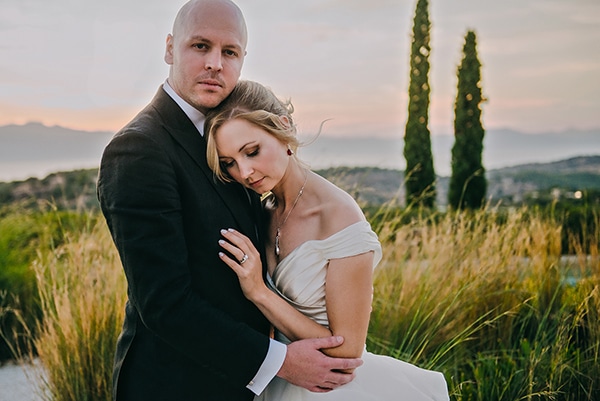 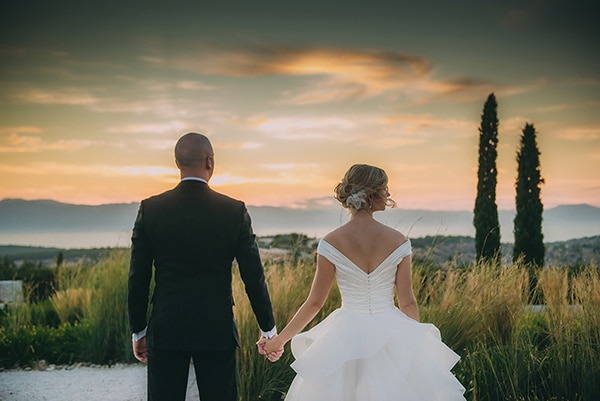 The bride shared with us: “Josh and I both returned home to our home city of Oklahoma City after many years living abroad across the world. His apartment was featured on a local architecture tour, and I loved his taste in design, so I figured I needed to get to know him a little better! Also, Josh was a frequent viewer of my television station and my local shows, so he too was curious about getting to know me better. After living 3 doors down from one another and figuring out that we shared several mutual friends, we became great friends and used to share many deep conversations sitting on each other’s patios. After a few months he told me he liked me, and I reciprocated. We dated for about two years and then he decided to organize a surprise proposal on one of our summer vacations to Iceland in July of 2016…” 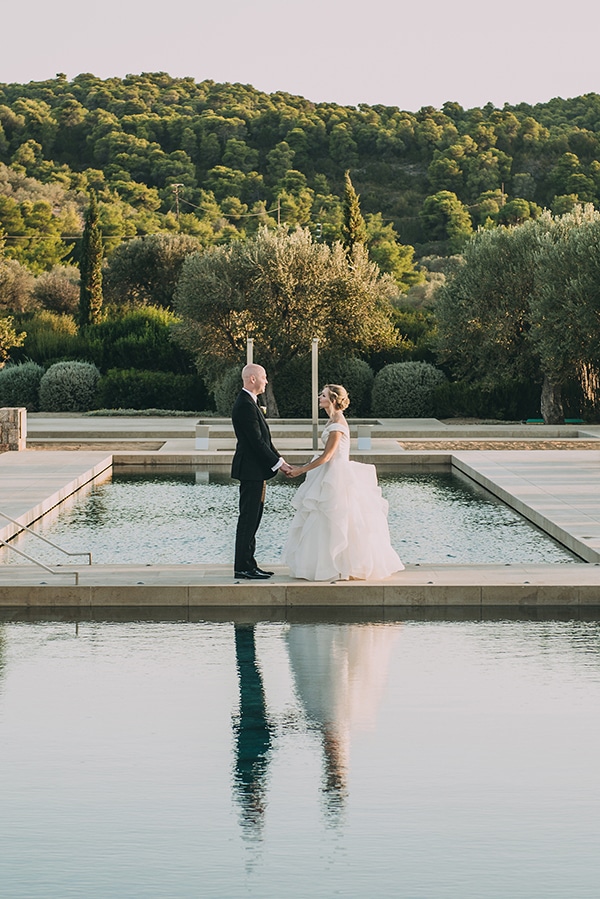 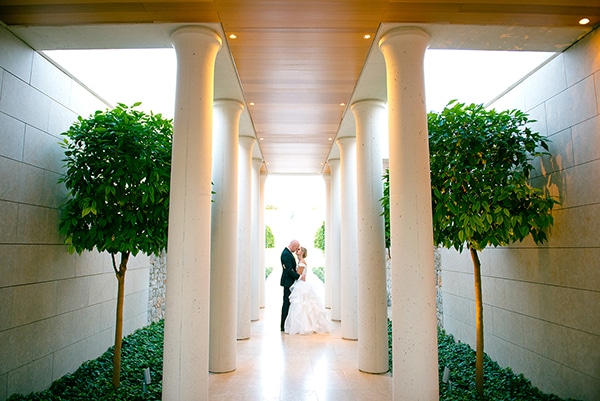 “… It was a weekday morning, and we were going to explore the waterfalls, glaciers and black beaches of the Iceland countryside. Our first stop was a gorgeous waterfall called Skógafoss that you can walk right up to the base of the waterfall. It was a dream of mine to stand under a waterfall which he remembered me telling him on one of our previous trips. There were so many rainbows bouncing off of the waterfall that morning. There, he got down on one knee and said that he had loved me as a friend, and that he had loved me as a girlfriend, and that he wanted to love me forever as his wife. Needless to say I was so surprised and after shedding a few tears of joy I said an emphatic YES!” 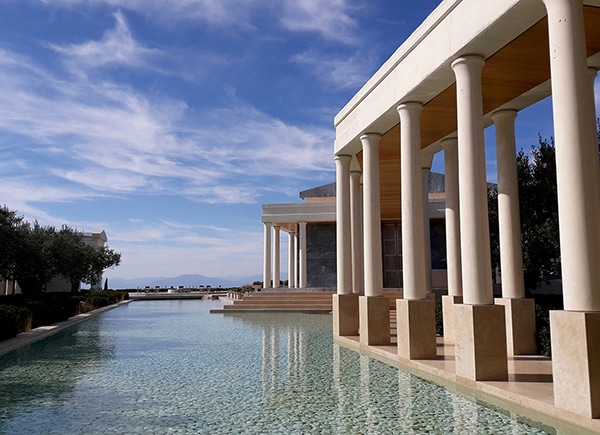 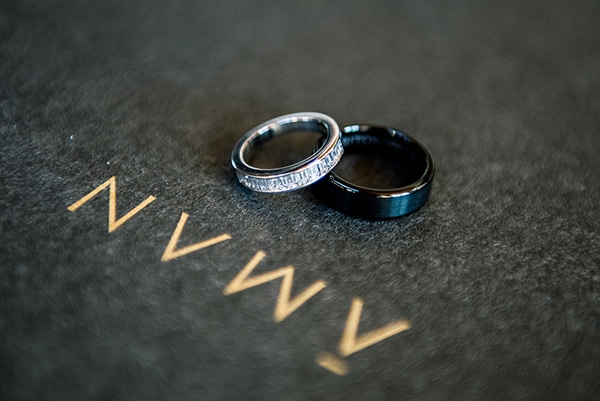 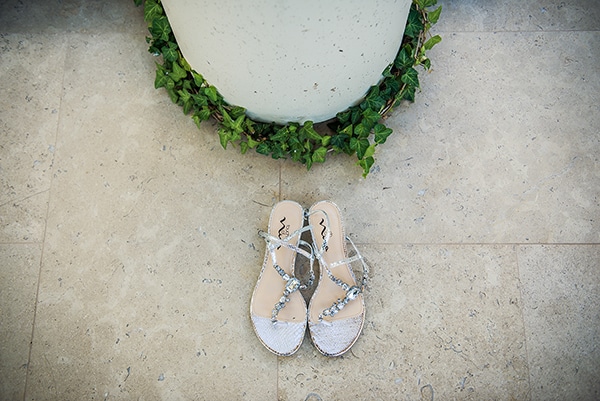 “My wedding dress was designed by Maggie Sottero. I bought it in my hometown of Oklahoma City. I had tried on about 15 dresses with my sister and parents. It wasn’t until I put on this dress that my sister and mother teared up and I teared up. It really did feel like this dress was “the one.”” 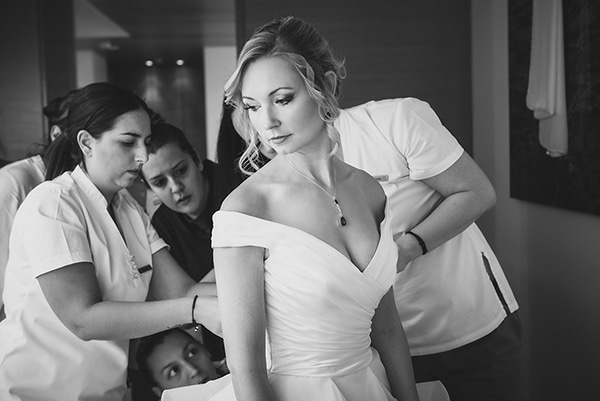 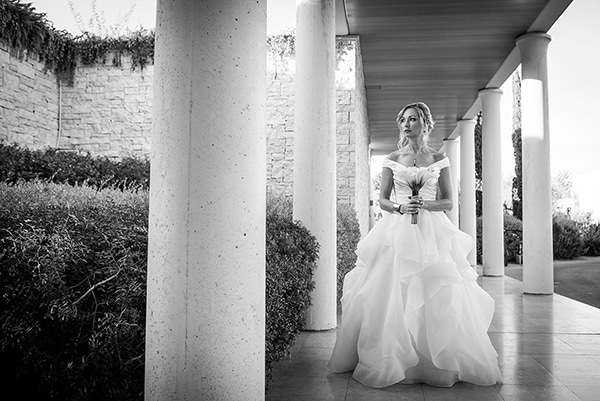 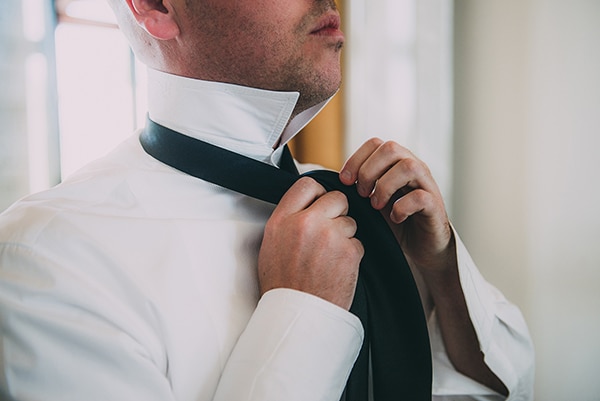 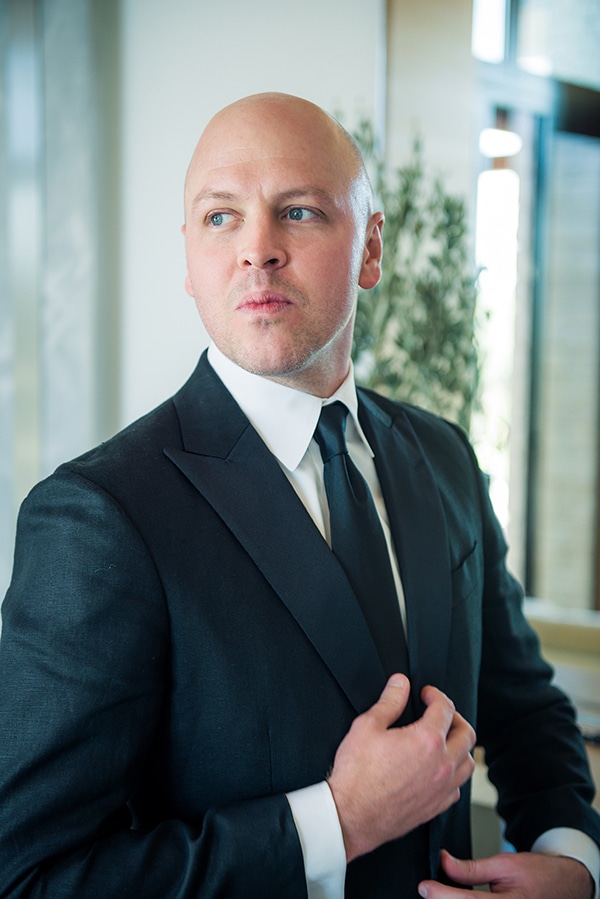 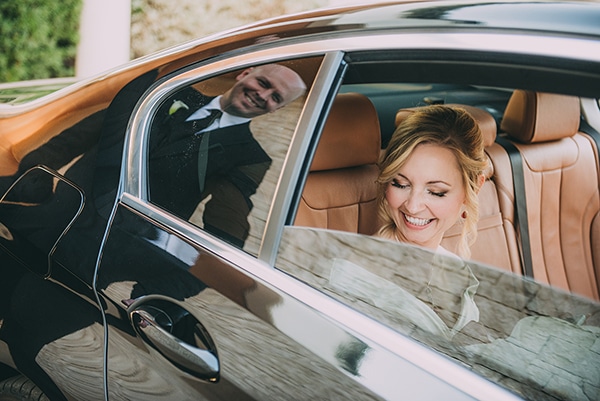 “The ceremony took place in Kranidi, Greece at Amanzoe Resort. Both Josh and I always wanted to get married on a beach, so we searched for the most beautiful beaches in the world. After an extensive search, we narrowed down the options to the Maldives, Turks and Caicos, and Greece. We originally selected the Aman Resort in Turks & Caicos in the Caribbean. Unfortunately, a series of hurricanes struck the island and damaged the resort causing it to be shut down during our wedding. This was four weeks before our wedding date, so we had to make changes very quickly. We had always thought of Greece and knew there was an Aman Resort there, so it made perfect sense to get married in Greece! The team at Amanzoe were so amazing and accommodating. They helped us reproduce our original wedding plan in a very short period of time. They gave us the wedding of our dreams, and we will be forever grateful!” 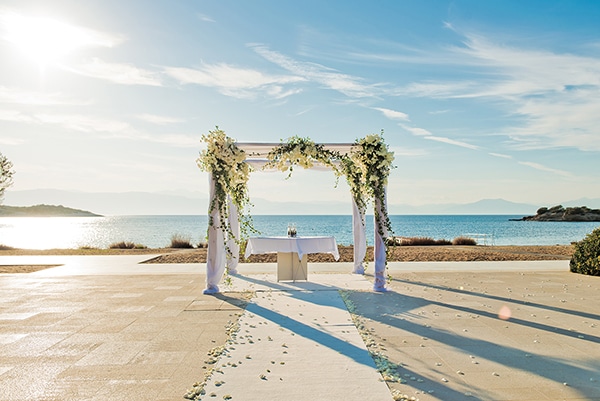 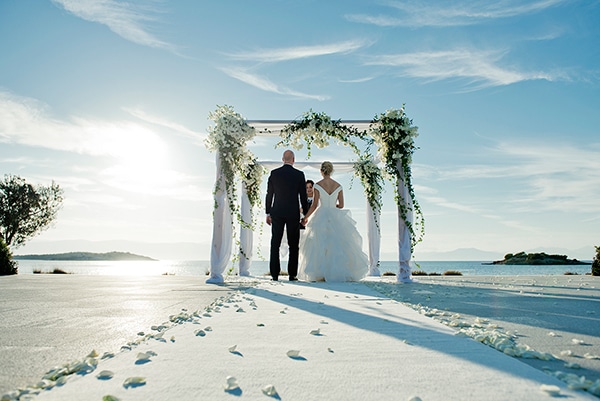 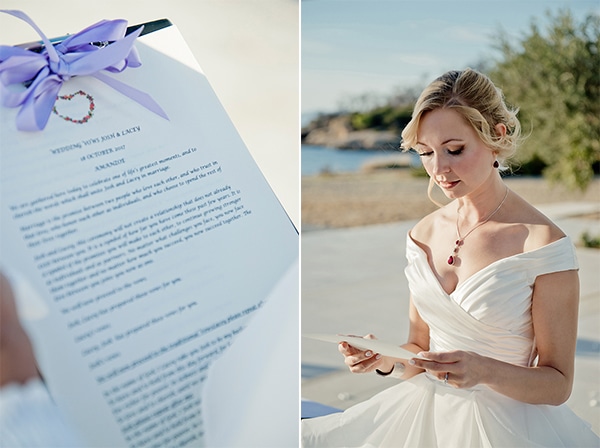 “We wanted something minimal and island chic. Josh and I both love minimalism and have decorated our homes in the colors of black, white and grey with hints of red for a strong emotional pop. It was only natural to carry those colors over to our wedding ceremony hence the reason we chose a predominantly black and white palette with small touches of red. We had an arch overlooking the sea with white flowers and white carpet leading up to it. We had white petals along the white carpet. The florist did such an amazing job creating exactly what we wanted. For my bouquet I picked white calla lilies because they are my favorite flower as well as my mother and sister’s favorite flower so it hold sentimental value.” 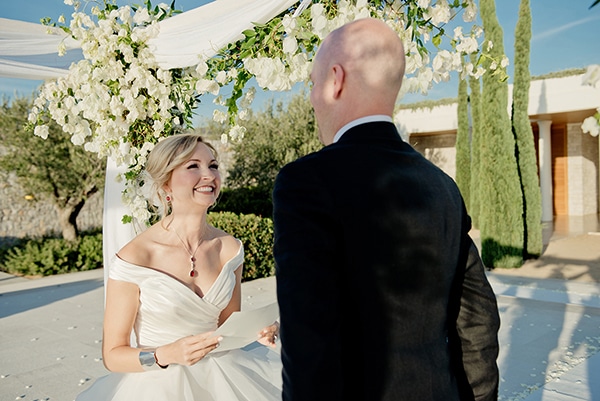 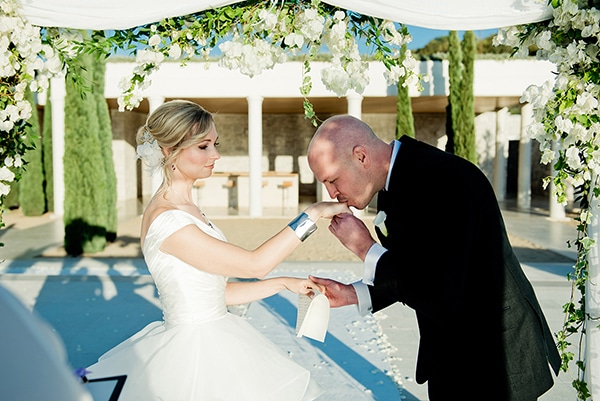 “The best moment of our wedding was exchanging the vows. My husband put together the most beautiful vows a woman could dream of. We laughed, cried, made our officiant tear up and focused on what those vows mean to one another. The next best moment was walking into the outdoor amphitheater at the resort for our private five course dinner. Just a magical experience.” 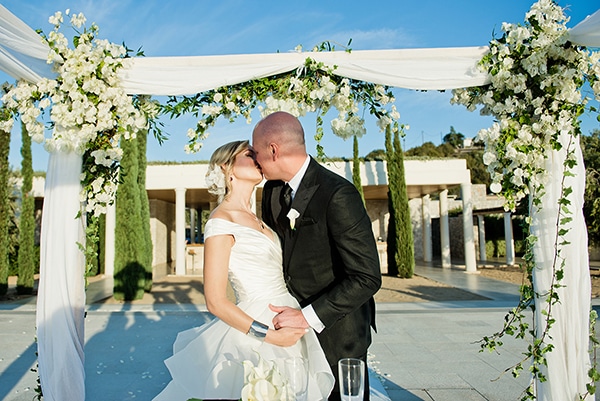 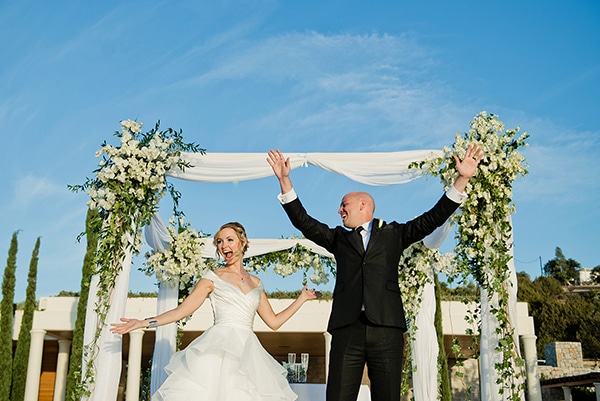 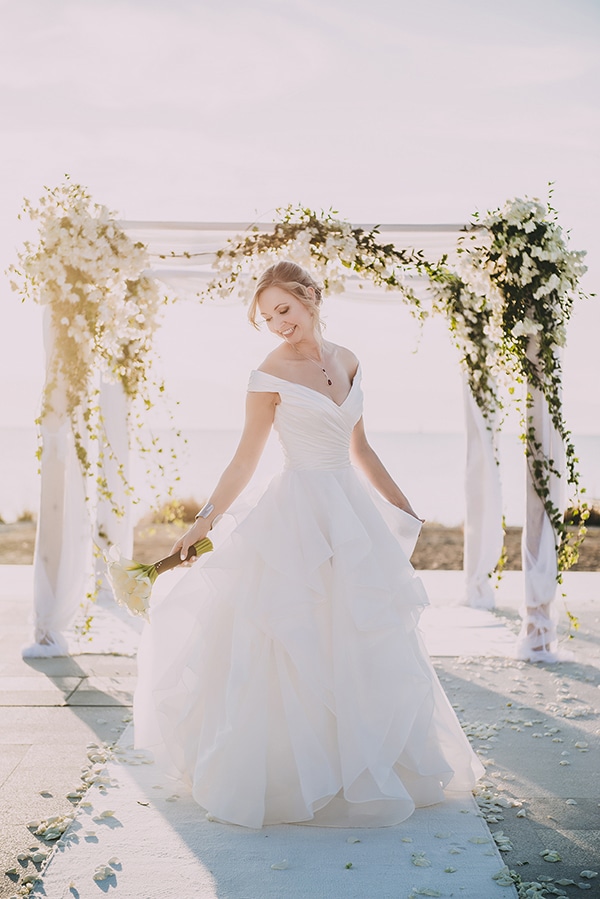 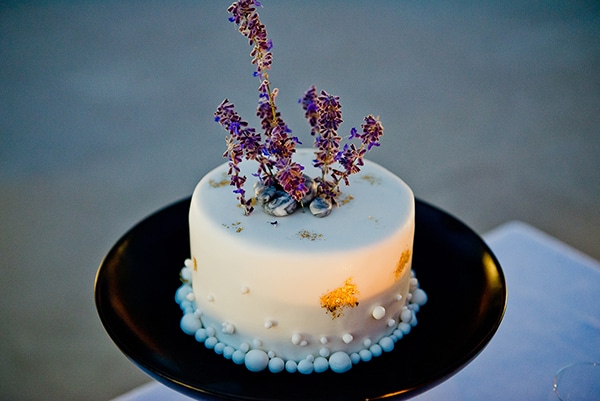 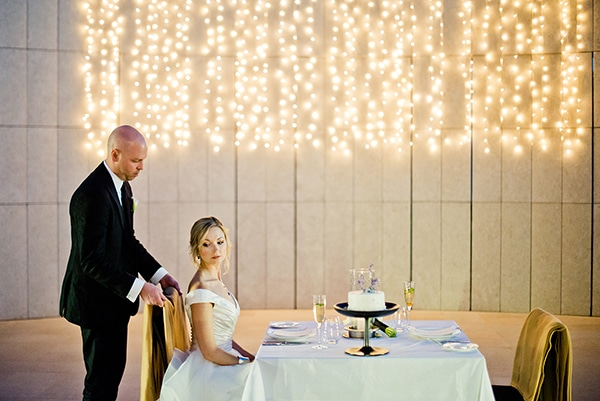 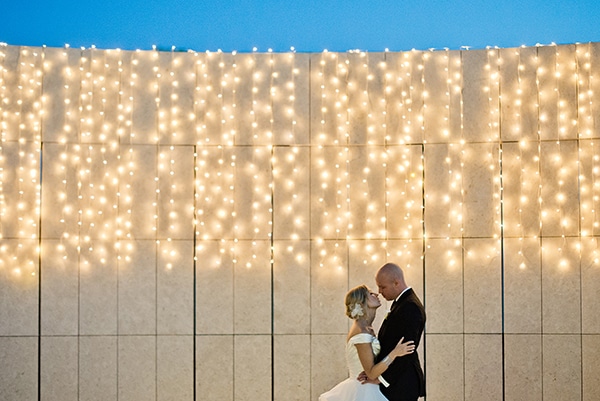 Advice to a bride-to-be: “Enjoy every bit of it because you only get that moment once. Enjoy the planning, the events, the ceremony, the travel, etc. Also, I would say to include your husband in the process because it is a very important moment in his life as well.” 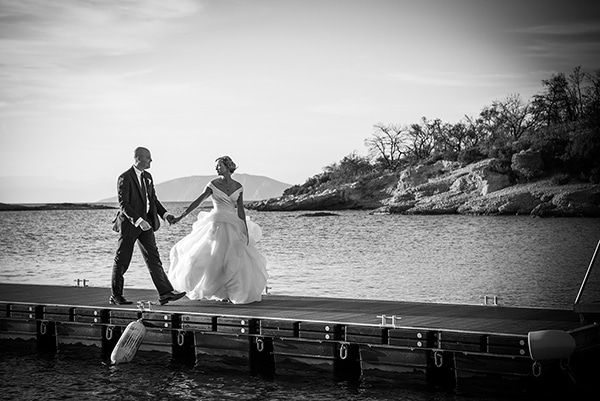 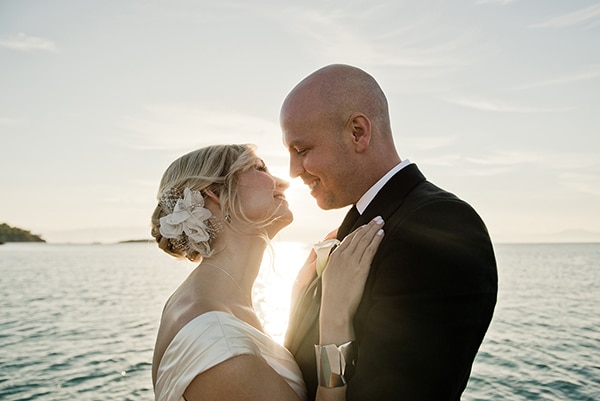 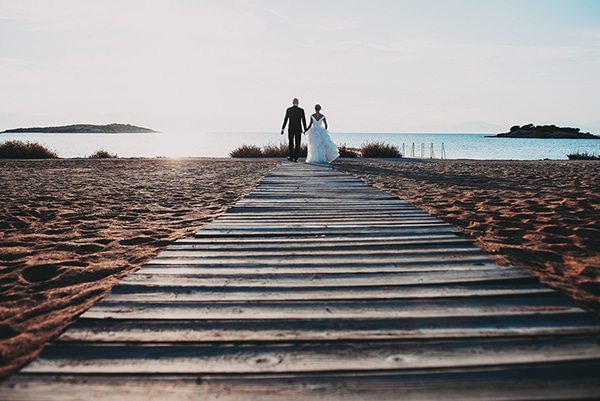