Mary-Louise and Nikos decided to fill their photo album with the unforgettable and precious moments of their wedding with a pre-wedding photoshoot. These two lovebirds decided to use nature as their backdrop because they met on an island and because of their love for the sea. So, they chose Zakynthos, the place where they met and where natural beauty is incredible. Both greenery landscapes of the island and deep blue sea were ideal backgrounds for amazing shots! Enjoy all the prettiness through the following images! 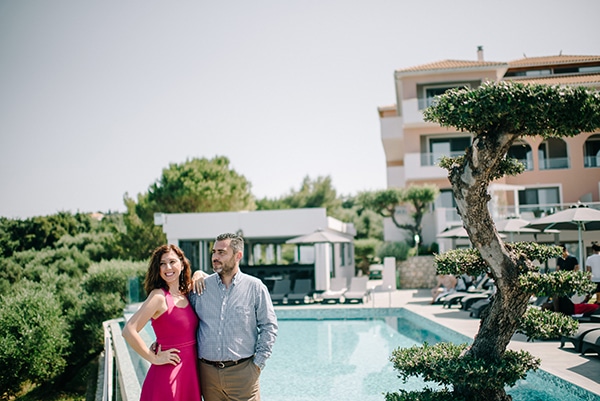 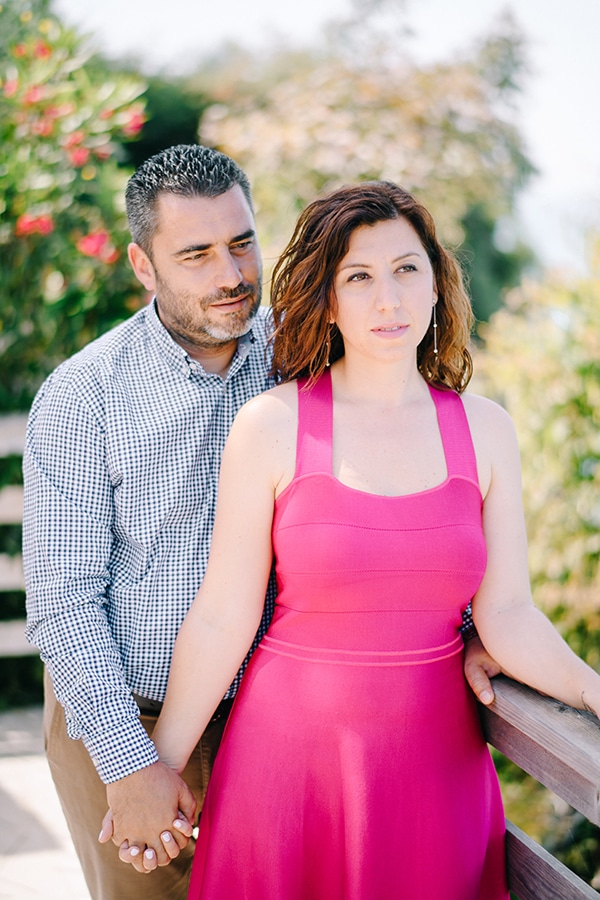 From the bride-to-be: “I met Nikos in Zakynthos in 2015, one year after my father passed. Originally, I had planned to travel to Corfu but a friend convinced me to come to Zakynthos instead. I booked a room at his hotel and there was an instant attraction as soon as he introduced himself at the check-in. After one day on the island, I mustered the courage to message him and ask him out for a drink. We stayed up all night talking and laughing. Niko only had 3 nights at his hotel but I wanted to extend my stay so I frantically looked to book another hotel for 3 more nights so I could spend more time with him. He helped me find another hotel and on the last night, he confessed that he didn’t know how we could even have a relationship given our distance. I, at the time, lived in Toronto and he in Zakynthos. We were 7 times zones away! After leaving the island, we spoke every day. I couldn’t stand the distance so I planned another trip to Zakynthos 2 weeks after arriving back in Canada. Niko eventually planned a trip to Toronto that winter to spend Christmas and New Years with my mom and I and that’s when I knew I had to make a decision to move to Greece semi-permanently to be with the man I was falling in love with. After 3 years of travelling back and forth, we made the commitment to each other to get married this year.” 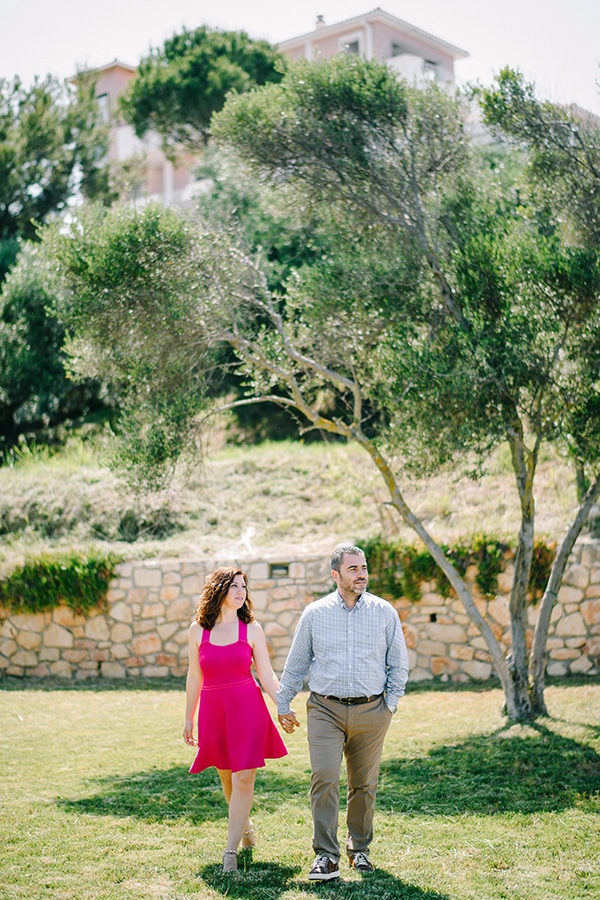 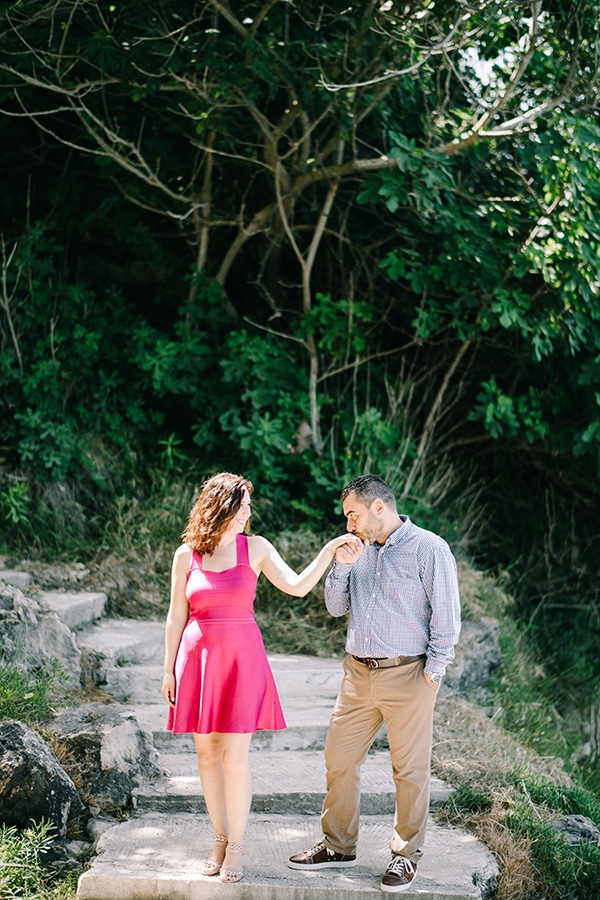 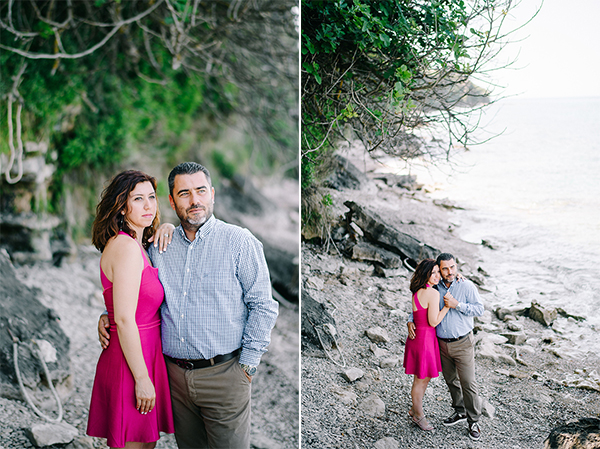 “Niko’s proposal was a romantic and very thoughtful. Although he and I planned on getting married, we kept it all a secret until my mother arrived from Canada at the end of March to officially propose. We invited his parents to the hotel where we surprised everyone with the exciting news. Champagne was flowing, tears were streaming! I didn’t expect a ring because I had been eyeing a beautiful one from the local jewelry store his friend owns on the island. I had tried it on last year before leaving for Canada for the winter and I fell in love. Niko insisted that it was too expensive so sadly I left it behind. When I arrived back to Zakynthos in February, I went back to the jewelry store but the ring was gone. I was so distraught but at the back of my mind I was hopeful that Niko had bought it for me. When I asked the owner of the store if Niko bought the ring, he, very convincingly, said he sold it to another client. Thankfully, I had a picture of the ring to remind myself how beautiful it was. On the night that Niko and I made the announcement to our family, Niko had one more surprise up his sleeve, literally! He presented me with a wooden box and asked me to open it. He said, “Now you can have this. It’s yours. Open it!” I opened the box and saw “the ring” inside. I began to cry and so did everyone else! It was a perfect moment!” 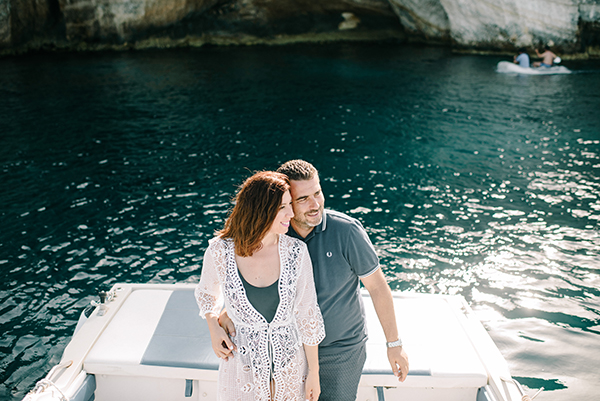 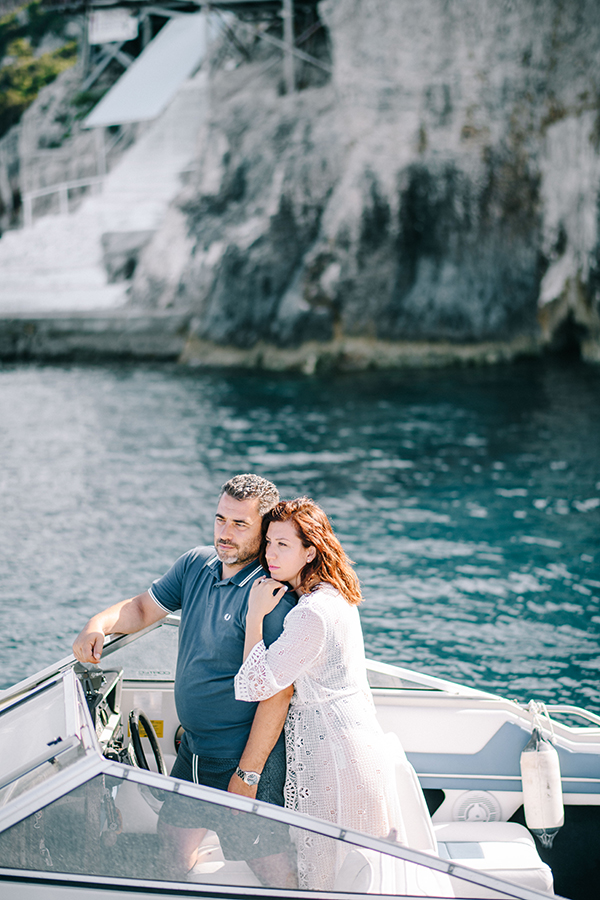 “Finding a photographer was very challenging because we had someone else in mind but unfortunately they became unavailable at the last minute. We found Christos Mavraganis from Chic and Stylish Weddings who has been a dream to work with.” 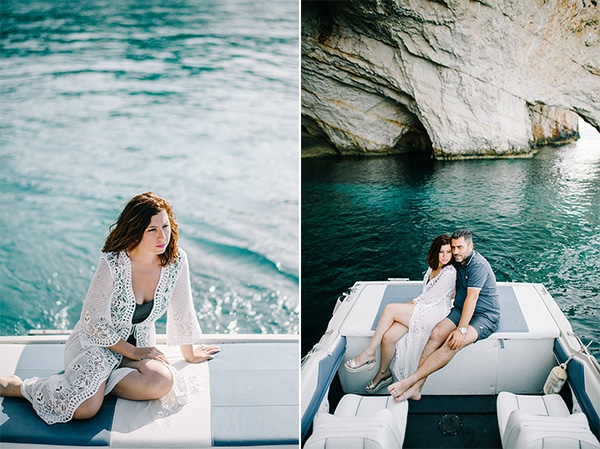 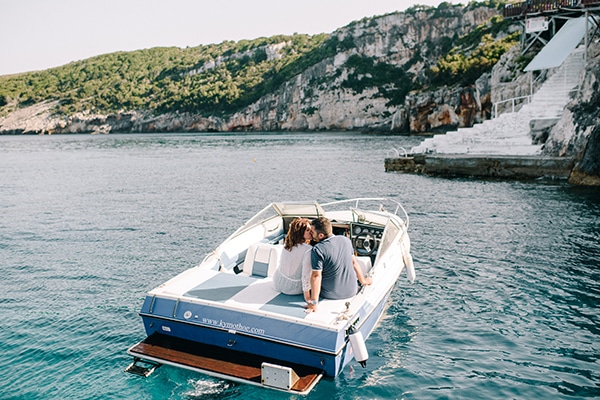 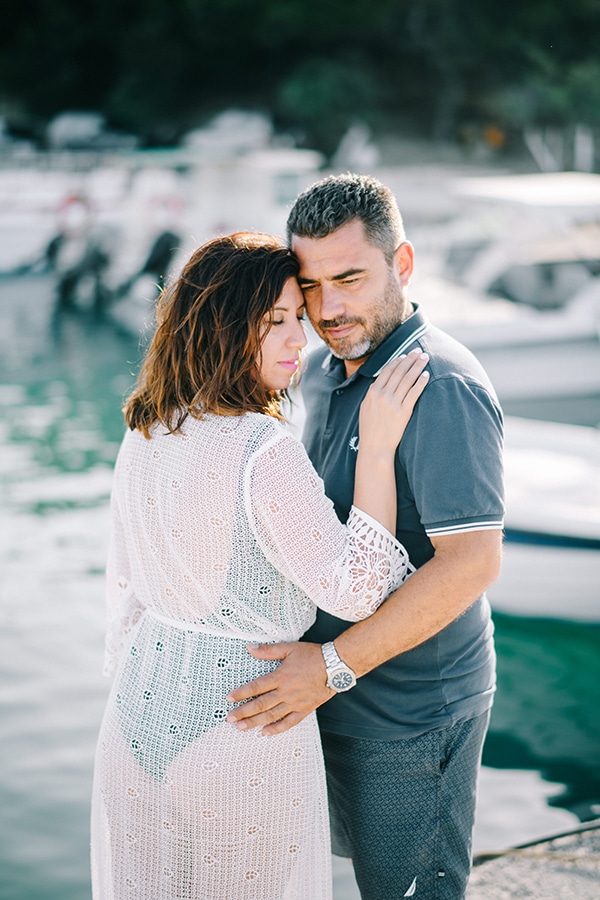 “Since Niko and I met on the island and love the sea, we decided to use nature as our backdrop. Niko’s hotel is located in Akrotiri right on the edge of the cliff, so we had no hesitation in using the hotel grounds as a starting point for the photoshoot. Niko and I boating so we wanted to extend our day on our boat where we toured around the beautiful island! Our photographer kindly offered to take more photos of us on day 2 of his stay in Zakynthos where we explored the northern, more “rough” side of the island. The greenery and turquoise water is magical! The most beautiful moment was realizing that the tens of thousands of kilometres traveling back and forth from Toronto to Zakynthos was worth it. The tears, the sleepless nights, the FaceTime calls… it was all worth it because everything happens for a reason. And it did!” 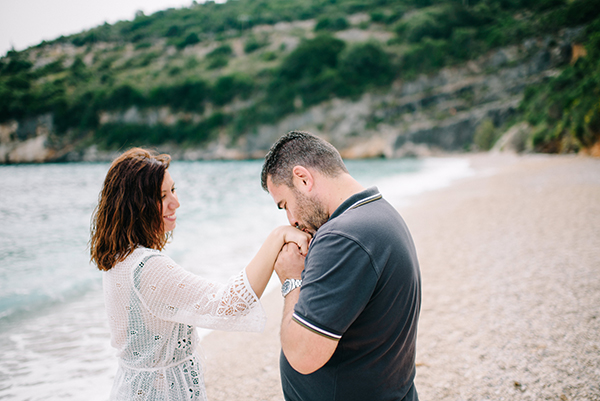 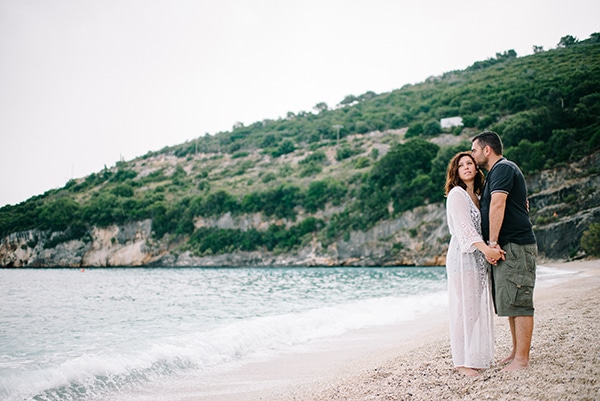