We are more than excited to share with you a pre-wedding shoot of the famous and accomplished martial artist JuJu Chan and her other half, Antony. The shoot took place on the gorgeous island of Cyprus. JuJu Chan was simply stunning in GALA Montenapoleone wedding gowns! Juju visited Cyprus for first time to shoot a new multi-million movie called JIU JITSU with Nicholas Cage, Franks Grillo, and Tony Jaa. JuJu Chan is a Hong Kong American actress, singer, Taekwon-Do athlete, Kung Fu actress and well known for her kicks and nunchaku skills, resulting in the media referring to her as the “Female Bruce Lee”. She won many medals in Taekwondo and many action roles in famous films and Netflix series. She is simply a fighter!

Enjoy the following beautiful images and be patient until the movie release! 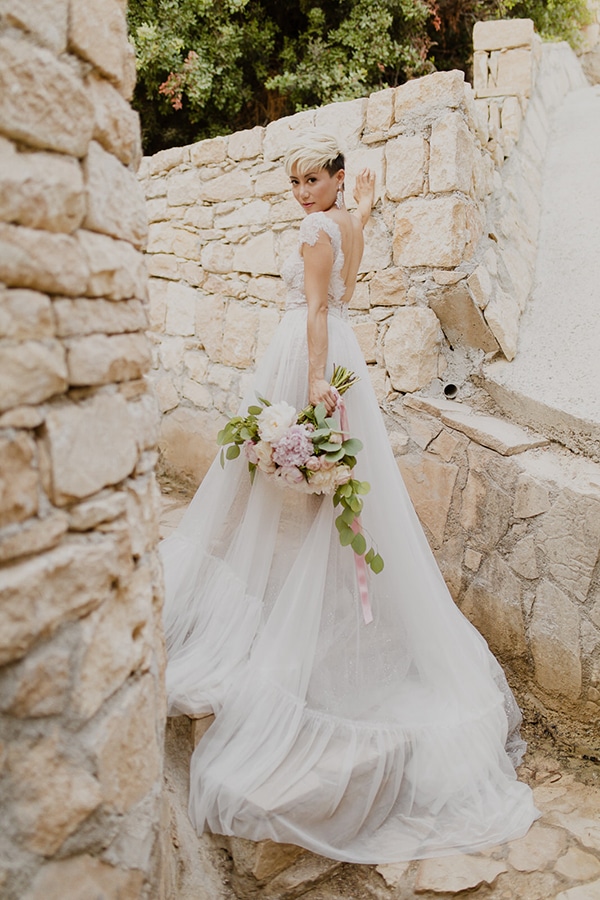 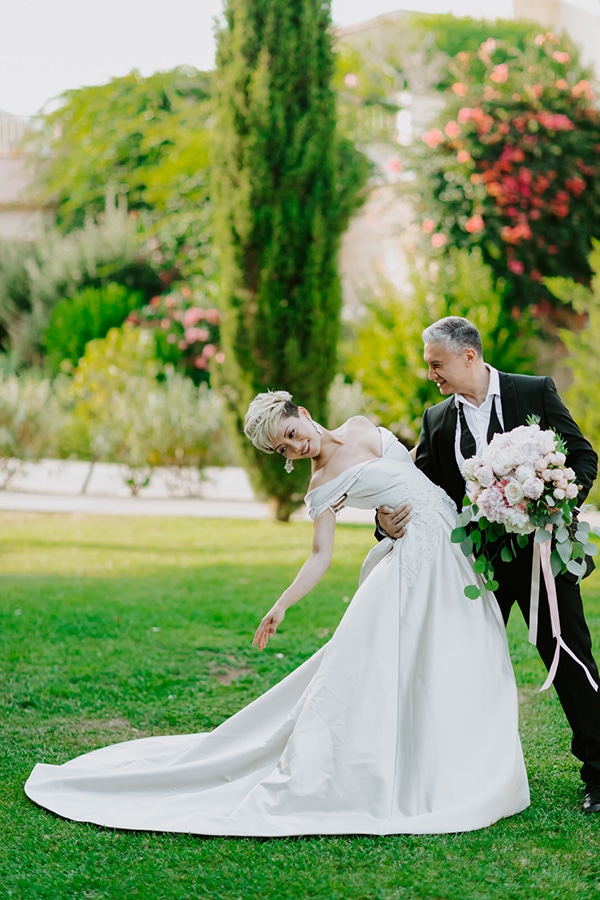 JuJu Chan shared with us: “Boringly, Antony and I met through a mutual work friend while he and I were in a film postproduction office waiting for different meetings. Both being in the same business (me an actress and him a director) we exchanged contacts professionally. Weeks later he called me for a job. I enjoyed working for him, so I then had him hired to direct my second music video, and from there we kept working with one another for years. It wasn’t till much later, when we were both single, that we began having feelings for one another. Sorry… no love at first sight for us. But certainly, love was built through strong friendship first.” 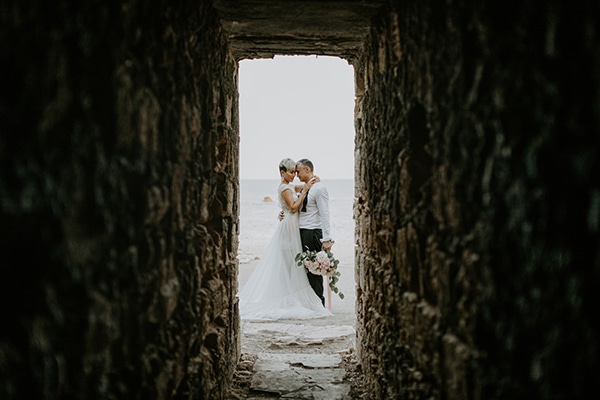 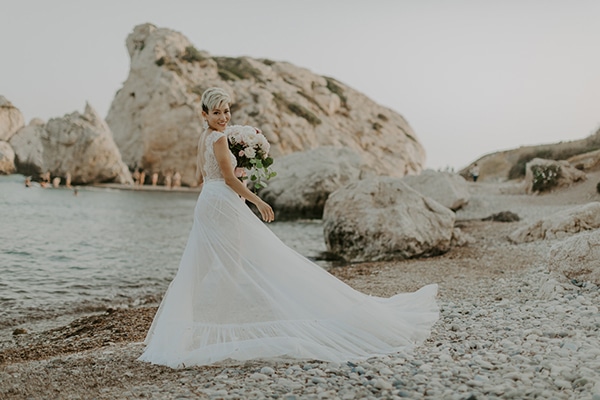 “This is my first visit to Cyprus, I was here shooting a new Hollywood action film called JIU JITSU with Nicholas Cage, Franks Grillo, and Tony Jaa. We were here for over a month and I absolutely love it! So far, I’ve found everyone that I’ve met here to be super friendly and generous. And there’s so much beauty to be found on this wonderful island. I enjoyed exploring around the Old Town in Nicosia, found so much interest in the history of Paphos, loved the food and party life in Limassol, and of course Ayia Napa was sooooo gorgeous. I’ve shown the pre-wedding photos Antony and I had taken there to my friends in Hong Kong and they’re so jealous, haha.”

“The people at GALA Montenapoleone, George, Marilena and Theodora, were all so wonderfully helpful. And they had so many wedding gowns to choose from that were absolutely gorgeous! I loved the fact that they made sure everything fitted me beautifully and with plenty of accessories to choose from. They were super helpful during the shoot as well, and it was them who brought the entire team together of extremely talented professionals. By the end of the shoot they’re like family to us. As an actress I’ve worked with top photographers internationally and our photographer, Loukas Karamanos, is certainly up there amongst the top of them with his very creative and stunning photography. He was climbing all around the rocks and caves to find the best angles to take our photos, whisking us around to catch the perfect lighting. As you can see, I have very short hair, so there’s not a lot I can do with it. However, my hairstylist, Mehran Hassanpour, managed to come up with a very original and new look for me which I love so much. And he’s so much fun! My first day shoot makeup artist, Irene Tophalli, did a beautiful evening look for me. While my makeup artist on the second day made a name for himself in the fashion industry in England, with his credits including makeup for the BAFTAs. He’s Sotiris Lovaris. I loved the way he was able to make me look both glamorous yet natural. It’s a great talent. Antony looked dashing in his suits by Kristo Avraam, and I thought my bouquet by Harris Potsou & Xristos Poliviou at Luciana Wedding Creations was all of beautiful, original and appropriate for my look and the locations we were shooting in. All in all, it was beyond anything I could’ve dreamed of. Special thanks goes out to Atlantica Sea Breeze and Atlantica Aphrodite Hills for hosting us at their gorgeous resorts, and of course Visit Cyprus for helping so much too.” 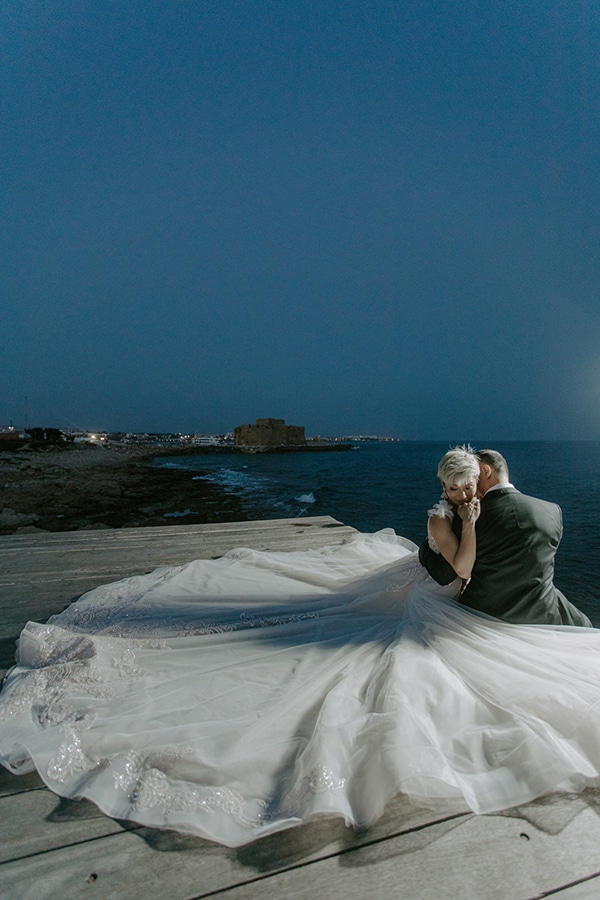 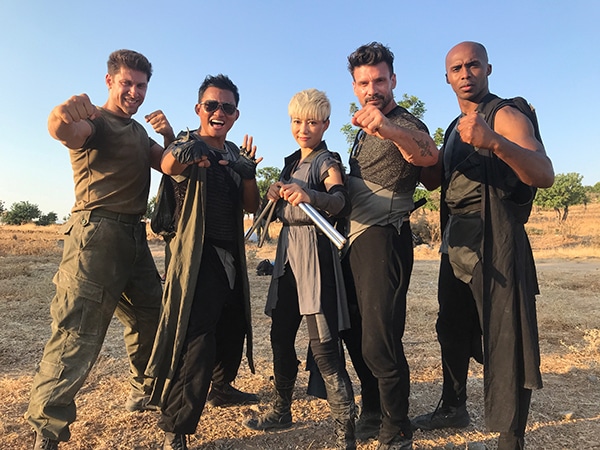 JuJu is an accomplished martial artist, known for her kicks and double nunchaku skills, resulting in the media referring to her as the “Female Bruce Lee”. She represented Hong Kong in Taekwondo, winning medals for her team. Her big break as an actress came when she won a role on CROUCHING TIGER HIDDEN DRAGON: SWORD OF DESTINY, where she was able to show-off her fighting skills. More recently, she plays one of the leads in Fruit Chan’s directed feature film called THE INVINCIBLE DRAGON, and her new NETFLIX Global action series WU ASSASSINS is set to release on August, 8 2019. In WU ASSASSINS, JuJu plays the femme-fatale bodyguard of a triad boss, a role she considers unique given most ‘top enforcer’ characters in films are men.

More than just the faces that make up this mainly Asian lead cast – Wu Assassins is about family – blending the experience of growing up in an Asian-American household with the traditional, nostalgic and culturally specific complications that go with it.

Viewers will be mesmerized by the complex stunt work and martial arts in Wu Assassins.

JuJu is a fighter not only in the literal sense but in her self-determined commitment to be a positive and powerful role model for young Asian women. She has been a longtime supporter of Habitat for Humanity, and she’s focused on children-oriented charities with the message of standing positive and strong and being focused on believing in oneself. She has almost a quarter million followers on facebook covering lifestyle, film, fashion, outdoor sports and martial arts. 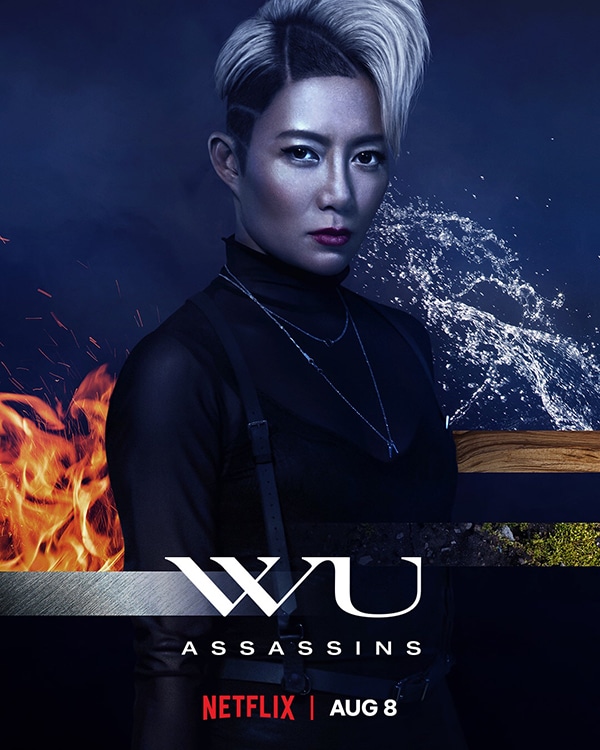 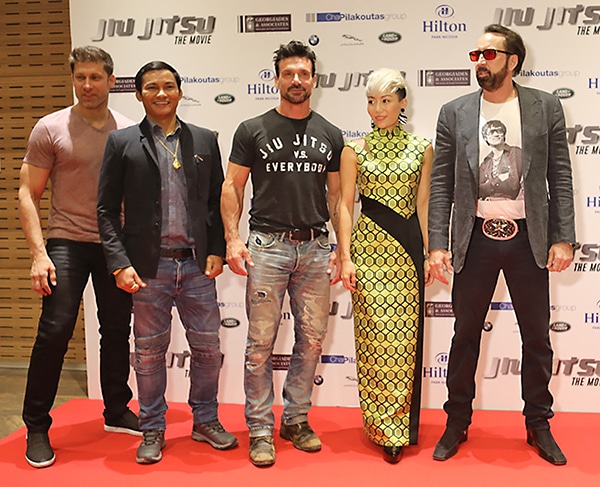