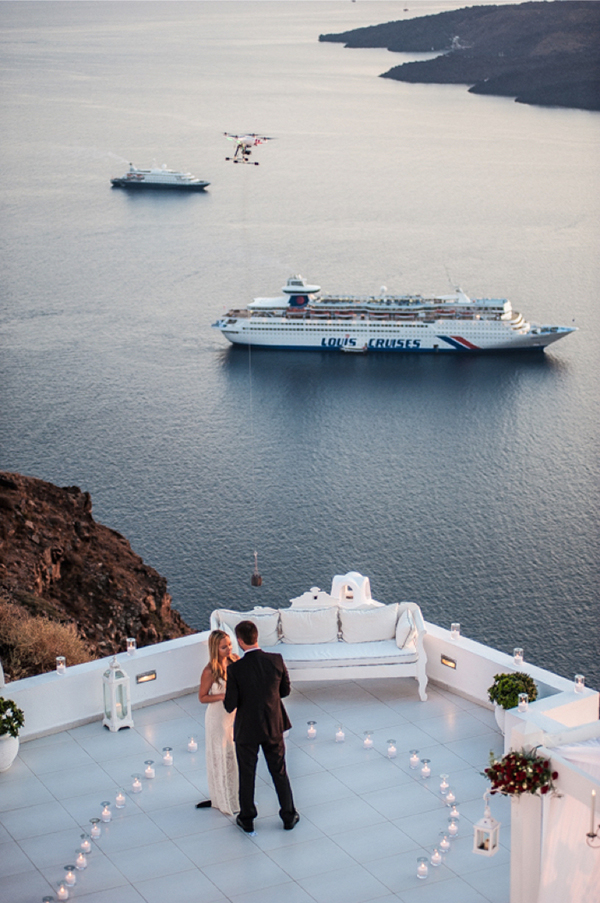 When the team at Studio Phosart shared this utterly romantic wedding proposal video… this sweet story melted my heart instantly. From the first few minutes into the video when Ben and Janelle are at the airport and right about when they are heading to the departure gate, Ben surprises Janelle by saying: “Babe we are not going to London… we are going to Santorini!”

The team at Studio Phosart shared with us: “Ben wanted to surprise Janelle and propose to her in Santorini. We suggested that we capture the entire process with hidden cameras: from the airport to the hotel they were staying and adding hidden microphones and also having a small helicopter “fly in” the engagement ring the very moment Ben was asking Janelle to marry him”.

More details about the amazing team of professionals including Elite Event Athens and Dana Villas and the entire heartfelt proposal story from Ben himself, you will find on the lovely wedding blog How He Asked. If there is one thing you have to do today, is to see this romantic proposal.

It is so beautiful, incredibly touching and genuine… make sure you have some tissues near you, because before you know it… you will be in tears.