From the elegant wedding decoration details, the gorgeous Konstantinos Melis by Laskos wedding gown and the way the bride met her groom in a horse-drawn carriage, this wedding captured by Camshot Cinematography has everything a bride could dream of. Just press play and enjoy every fairy tale moment!

From the groom: “Nancy was studying in Thessaloniki, some 200km from Volos but that didn’t stop either one of us. She became proficient in military jargon, answered my messages at 3 am (love you!) and took the train to meet me at times just for a few hours. I drove 400 km in one day in more than one occasion (even got a speeding ticket for my efforts). I wrote some poems, she read them and after some time we both realized that since our first meeting we had changed each other’s life for the better. After I left the military we moved in together in Thessaloniki. I was thinking of being a cardiologist, she countered with ophthalmology and after a month of “trying out” I was sold! Downside? Waiting 12 years to start a residency (say what?) The plan was set: get ready for Sweden! I had a surprise in store though. In November I bought a ring with a special design. The two ends of the ring are going in different directions seemingly not ever in path to meet until they are connected by the center stone, just like our paths in life that were so different but suddenly and fatefully merged. I played the proposal in my mind a thousand times but it came so naturally that New Years Eve, unlike any scenario I had dreamt about. Nancy said yes immediately! Τhough she now claims that she didn’t understand what she was saying yes to!” 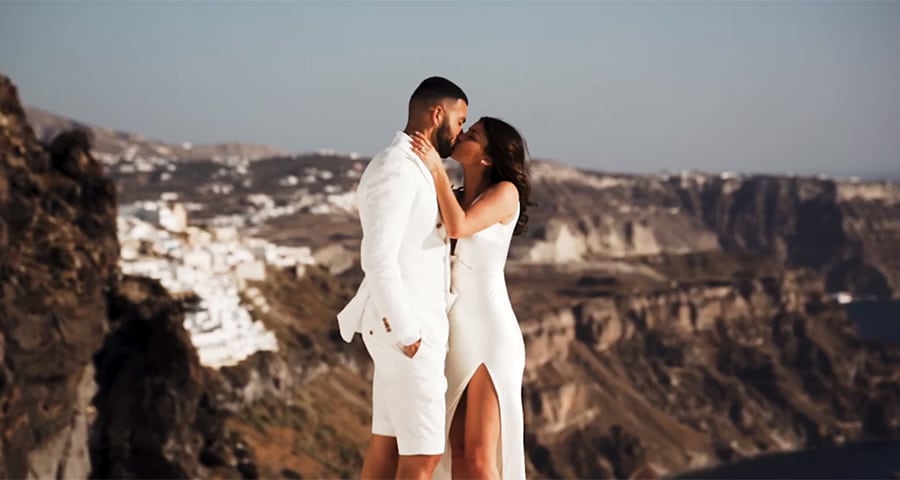 We are sharing today an amazing video of a beautiful elopement in the picturesque island of Santorini! Shyla and Sam exchanged their vows under a beautiful flower arch with the stunning view of caldera as the backdrop! We loved the wedding dress … 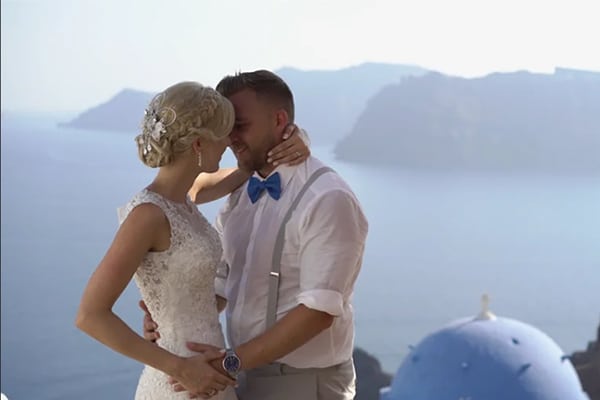 This video will definitely brighten your day and fill your screens with so much love from this head over heels in love couple! The lovely bride shared with us about her amazing wedding video: “We wanted to reflect the feeling of fun … 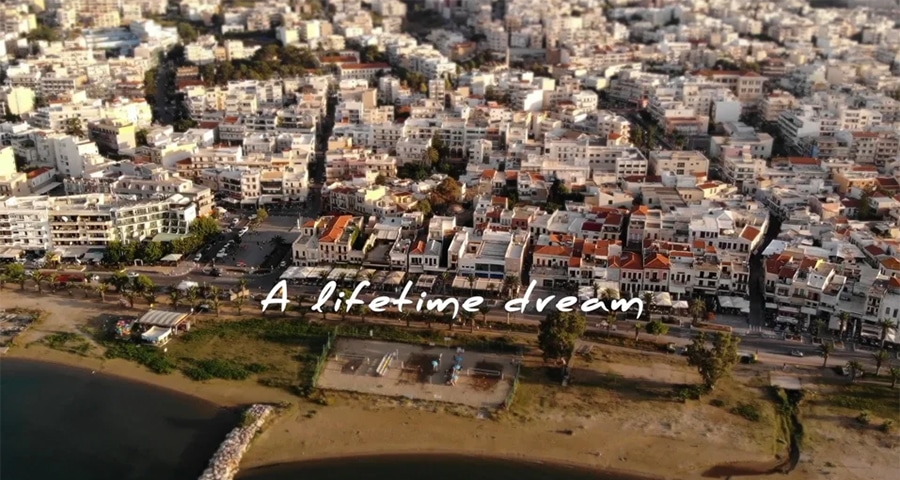 We are just loving this romantic wedding video in Crete captured so beautifully by Antonis Papadakis. The couple chose to get married in a picturesque chapel and have their wedding reception in the lovely and traditional environment of the village square. It … 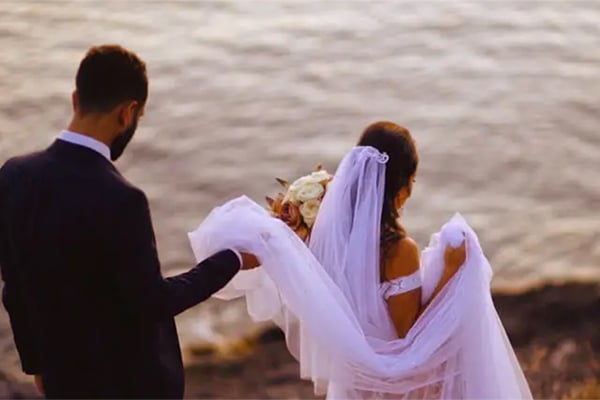 Featured , Wedding videos
Such a romantic wedding that you must see! | Tracy & Aboudy

We are loving this wedding video captured by Vasilis Kantarakis and Tracy and Aboudy’s love story has truly stolen our hearts! The lovely bride shared with us: “We met through mutual friends over 9 years ago.He proposed on New Year’s Eve in …