Libby and James chose their wedding to be held in Bali, the place that call home now. Their wedding was simply dreamy. Overlooking the Mediterranean, a simple wooden shelter played host to a ceremony that was filled with romantic, natural elements. Wooden tables with white chairs, crystal glasses and golden touches adorned the place gorgeously. Some small candles and rich centerpieces of white, fresh flowers added the essential touch of vividness. Get lost in this soft, natural beauty through the following images by Bonjo Abadi of Terralogical! 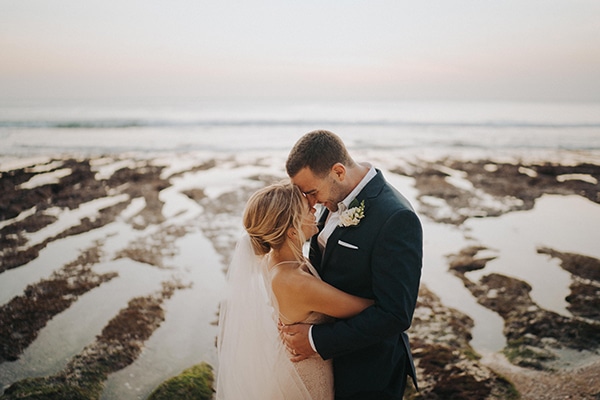 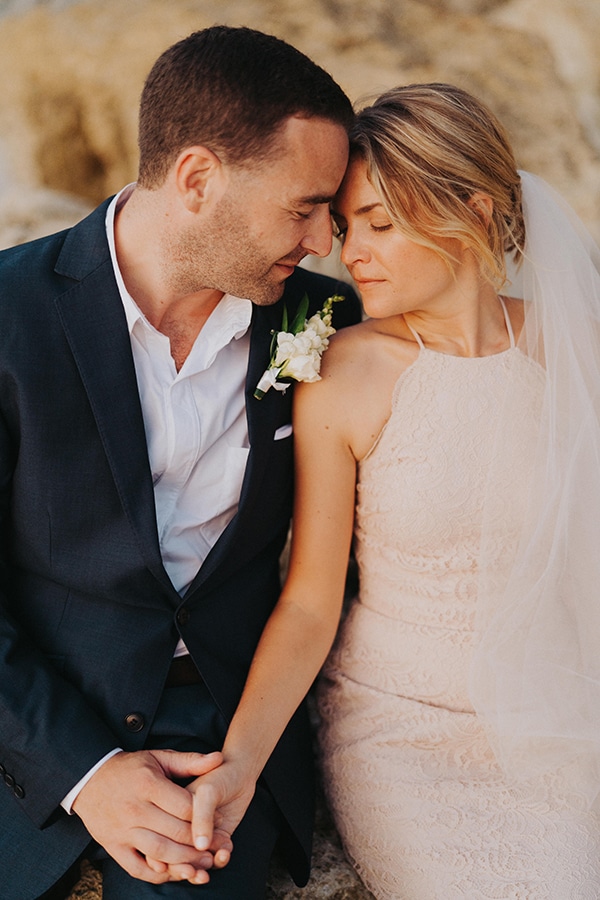 From Bonjo Abadi of Terralogical: “Libby and James met in Queenstown, New Zealand, at a birthday party. It was a quick meeting because Libby started her new job the next day, she just moved to Queenstown using a year working holiday visa from the USA. A few weeks later, James called her for a winter coffee on the lakefront.” 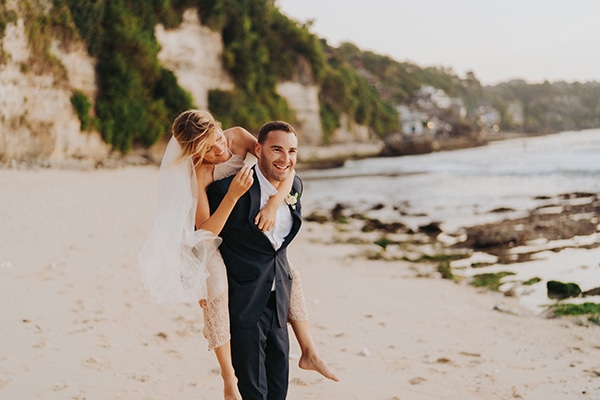 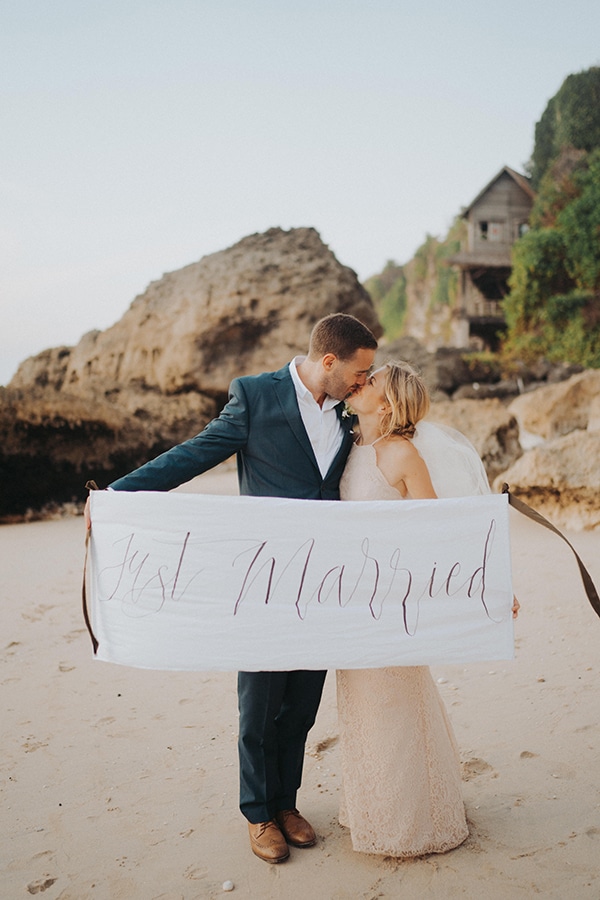 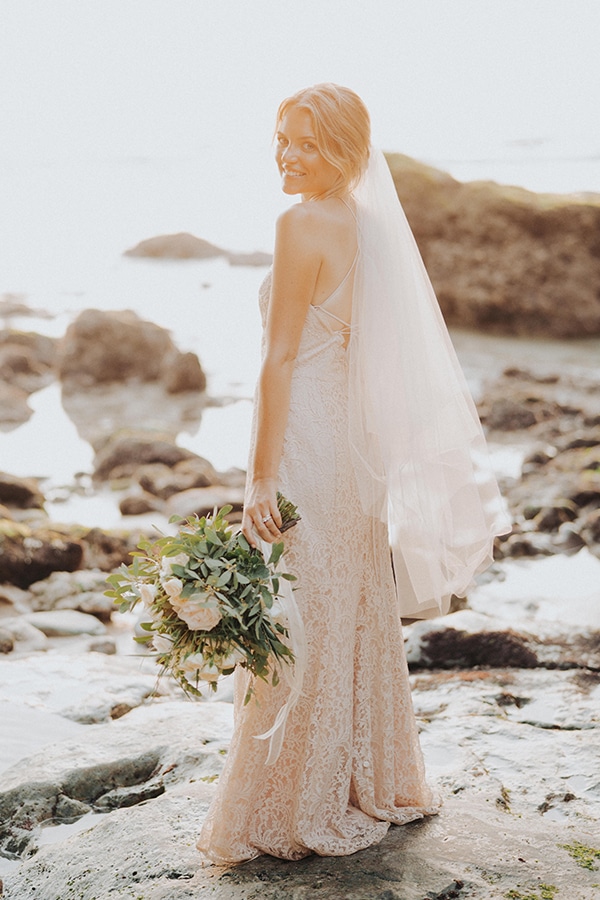 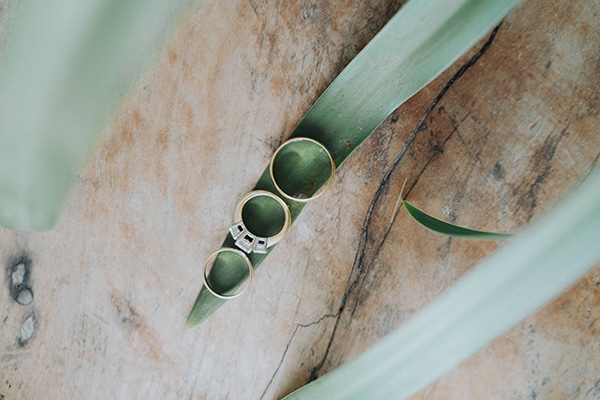 “Their first time met story might a bit cold during the winter, but the proposal story was another hit. Libby and James took a quick weekend away to go skiing, when James popped down on one knee on the sandy shore by a frozen lake at the bottom of the mountain. He combined Libby’s two favorite things: the mountain and the beach.” 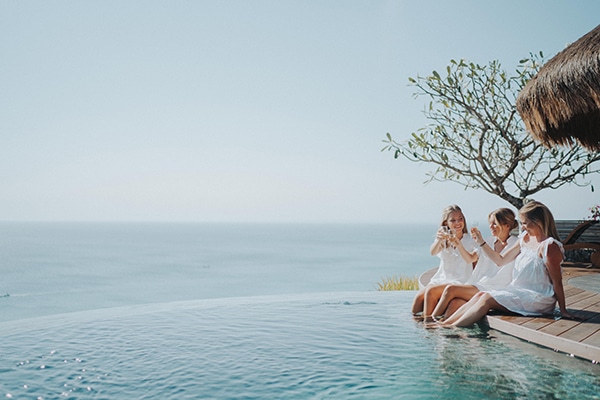 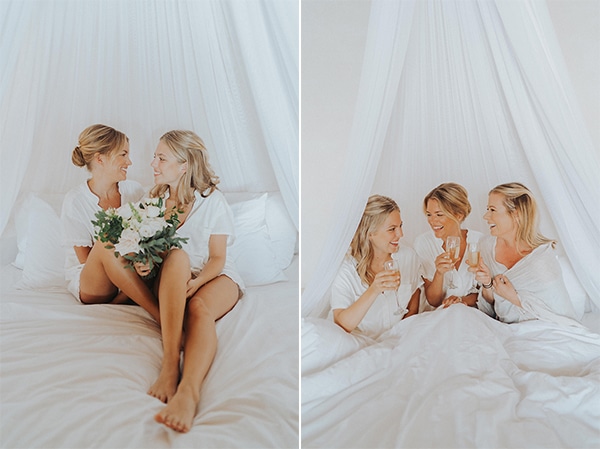 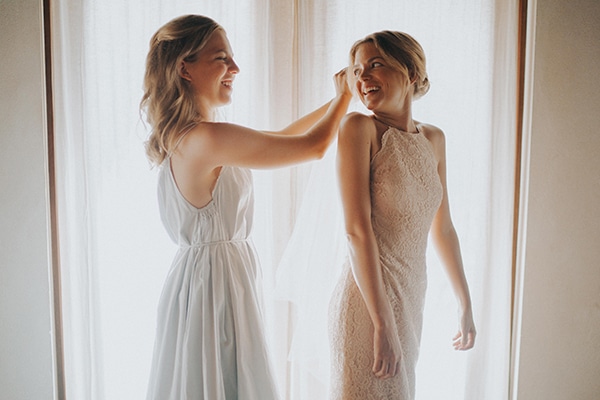 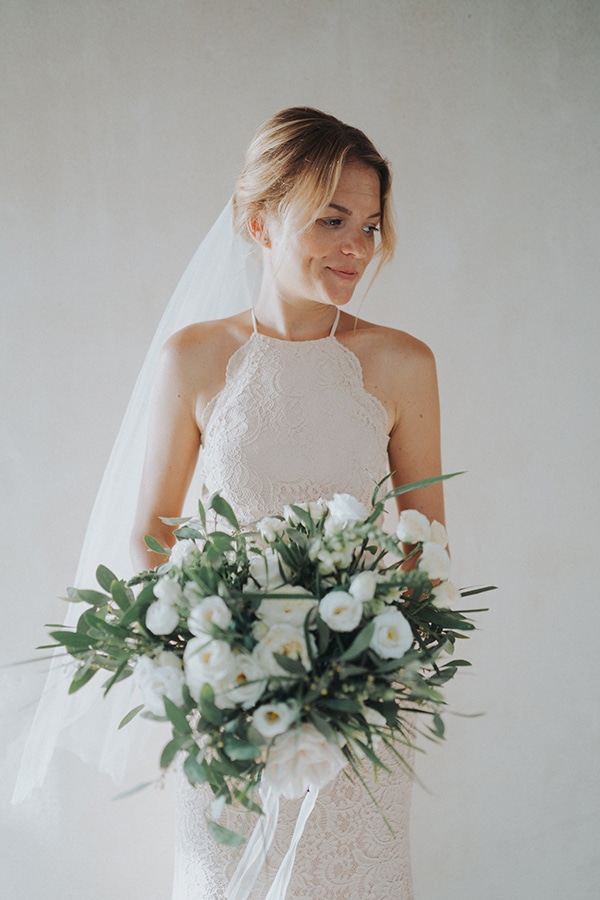 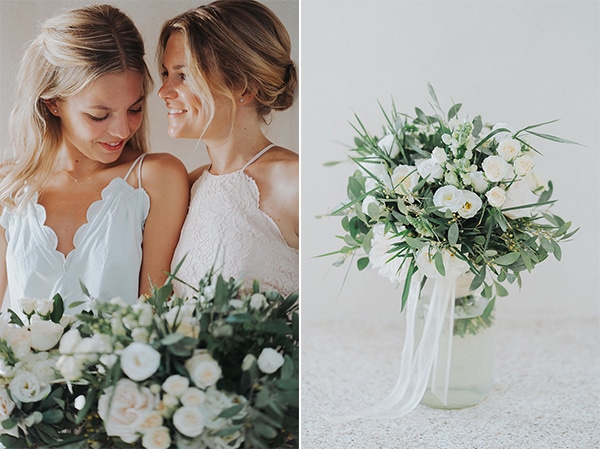 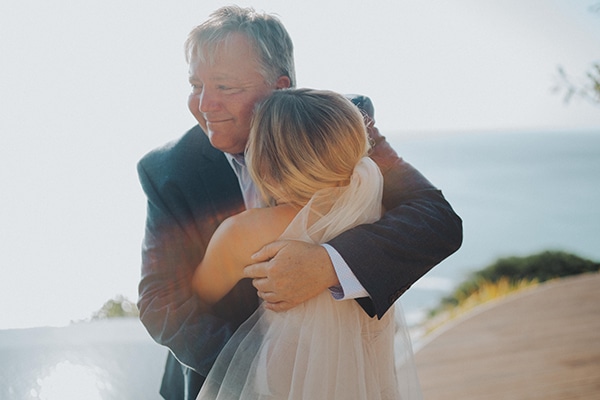 “It’s been a year now since Libby and James moved to Bali, and that’s the exact reason why they chose their wedding to be held in Bali, a place they call ‘home’ now. They wanted to introduce this tropical land to their families and friends.” 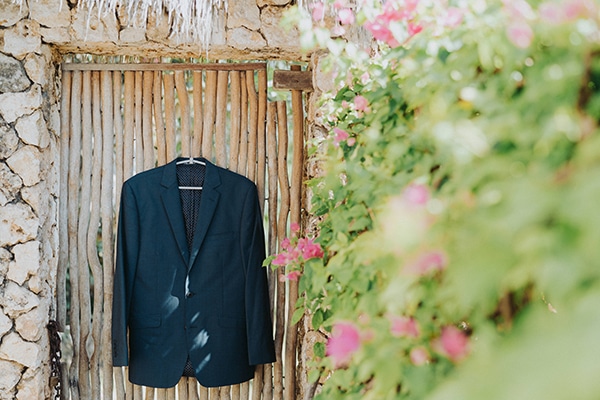 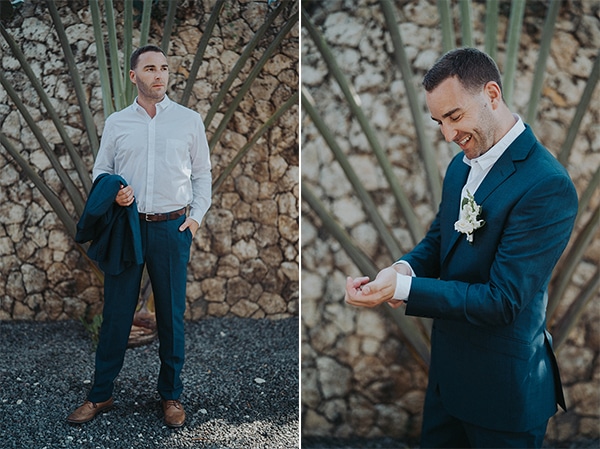 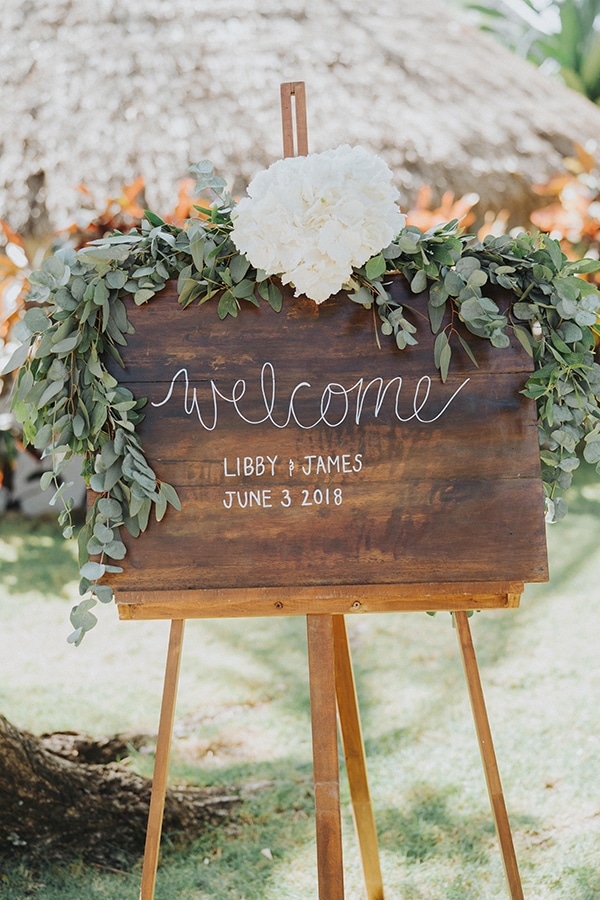 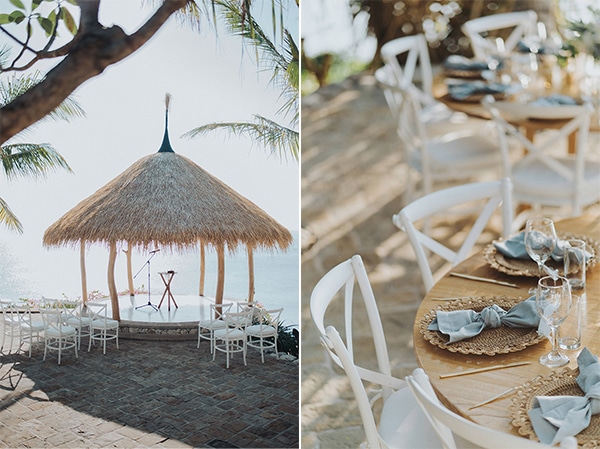 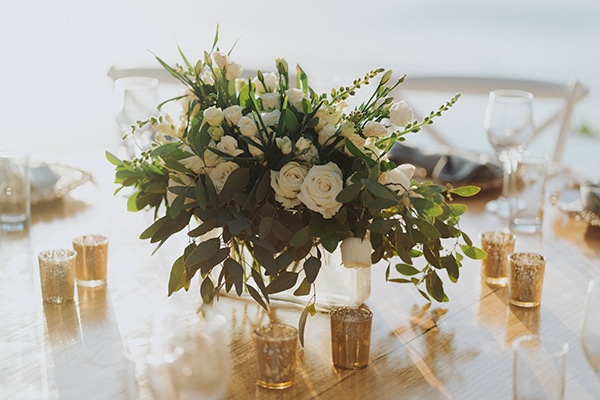 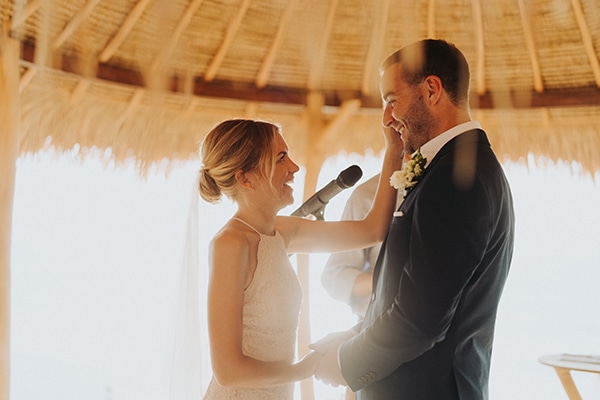 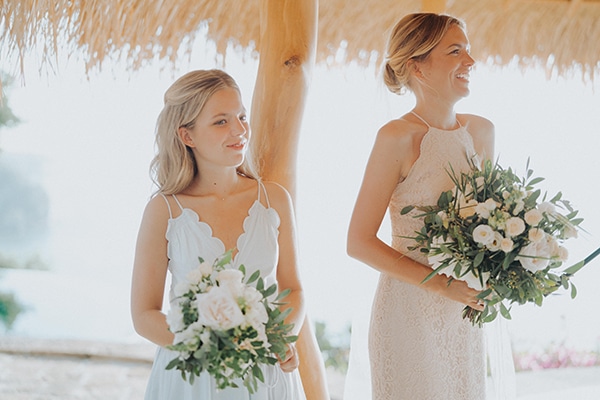 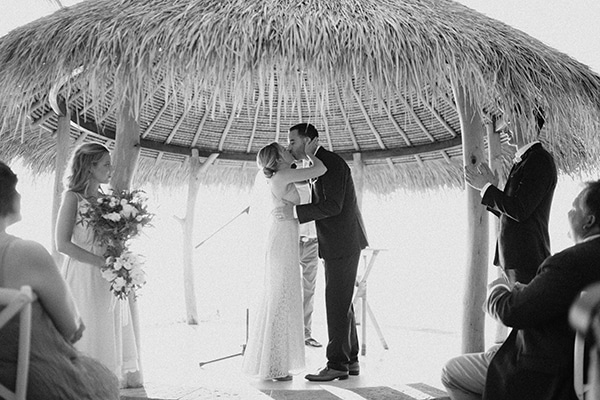 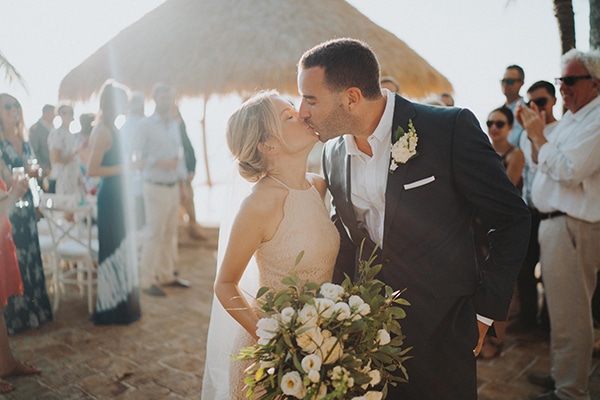 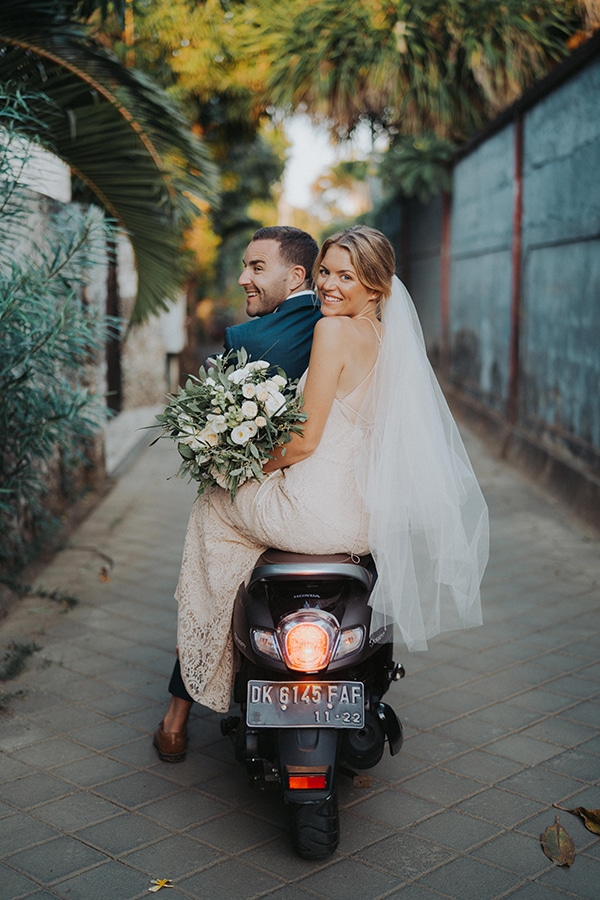 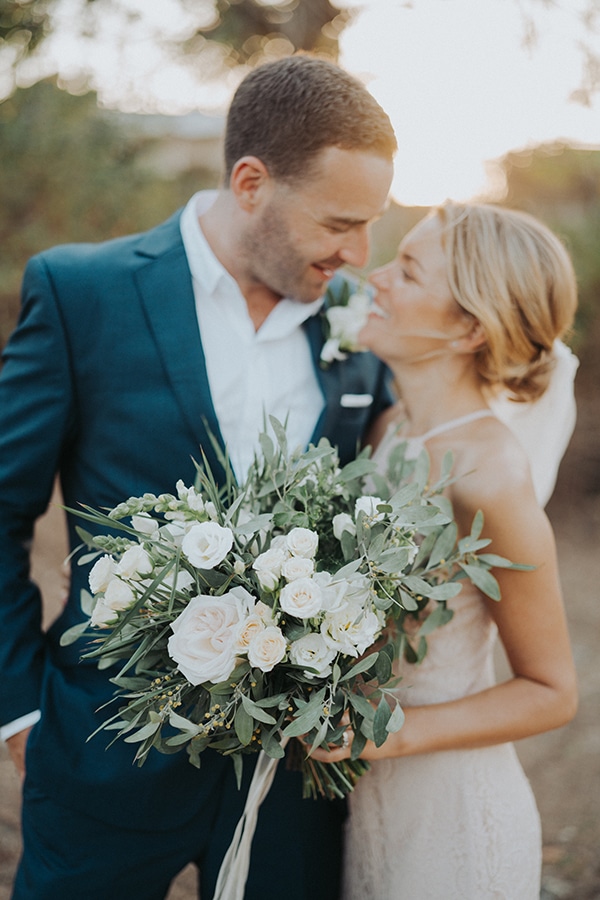 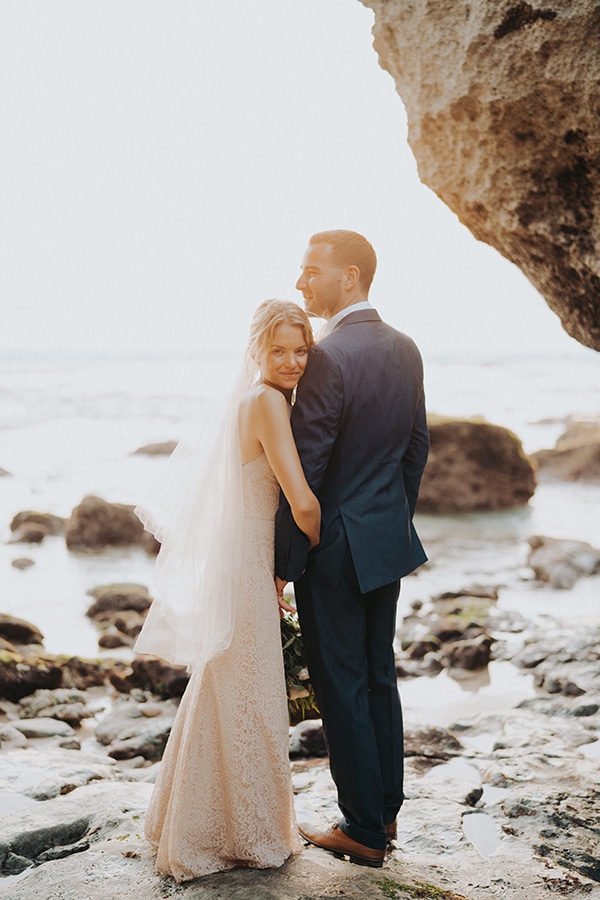 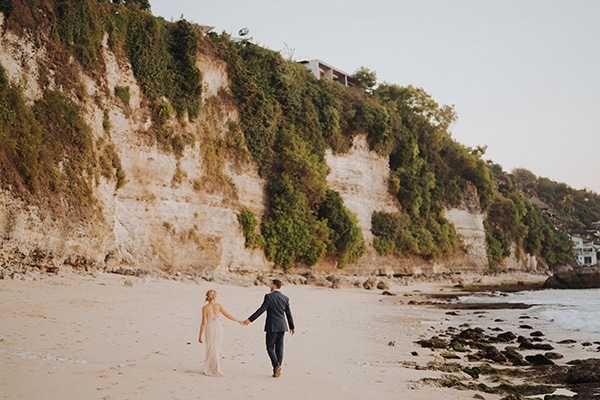 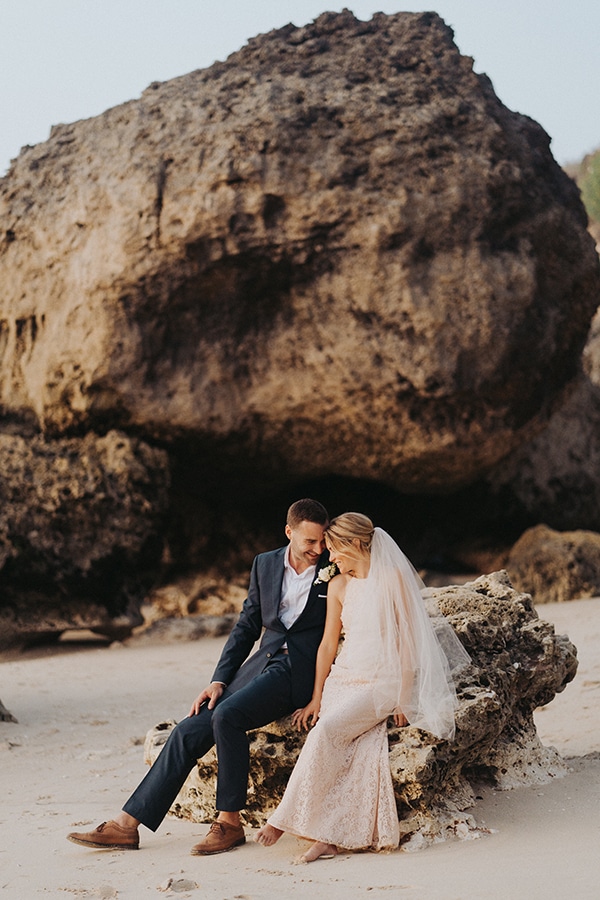 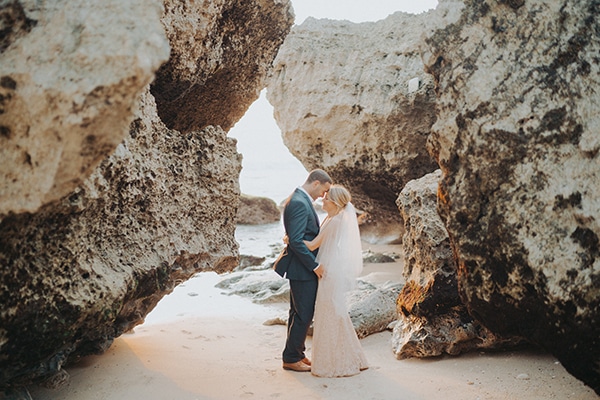